Acasă » Electricity » Mircea Man (ANRE): There is a very hard winter in front of us

Mircea Man (ANRE): There is a very hard winter in front of us 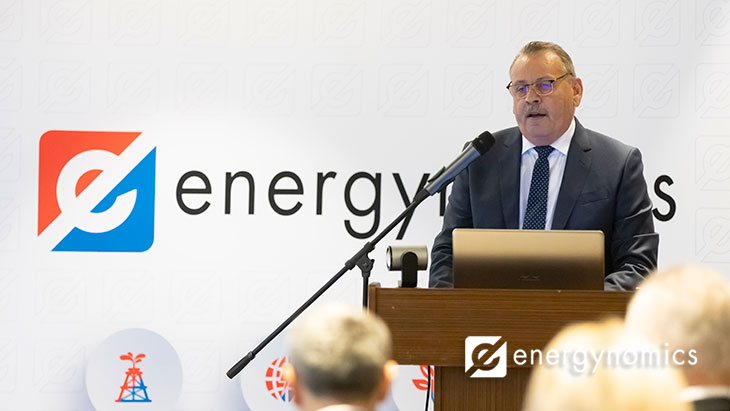 The coming winter will be “very hard”, and due to the technical limitations of gas extraction systems from deposits, the government may force certain businesses and large consumers to reduce their gas consumption. In addition, a number of consumers will be excluded from the price capping mechanism, said Mircea Man, vice president of the Romanian National Energy Regulatory Authority (ANRE).

” There is a very hard winter in front of us. Although Romania has up to 85% (gas in storage), we are not comfortable, because there are periods of 15-20 days when temperatures get very low”, said Man, during the “Regional Approach – Chisinau” conference, organized by Energynomics.

He added that, in such period, gas consumers and companies face unprecedented challenges, and Romania is developing its energy policy under the imperatives of ensuring its strategic interests, but also of respecting commitments at the regional and European level, emphasizing the integration of markets of energy and gas.

At the same time, Man blamed the lack of investment for the situation that gas deposits in Romania fail to extract sufficient quantities of gas in certain periods when demand is high and gas imports are “zero”. “The only option left is to reduce consumption at large companies or large consumers,” added Man.

Romania and the Republic of Moldova interconnected their gas transmission systems last year. On the Romanian side, the transport operator Transgaz has invested 200 million euros in this project located in the northeastern area of ​​the country. A few days ago, Prime Minister Nicolae Ciucă stated that Romania can deliver to the Republic of Moldova a maximum of five million cubic meters of gas per day, but the need of the neighboring state would amount to 150 million cubic meters.

According to Man, the energy ties between the two states can and must be strengthened to increase the degree of energy security and well-being on both banks of the Prut.

“We are in a crisis situation, in a special geopolitical situation and we must prioritize investments in new production capacities and bring the best specialists with the best solutions. Let’s hope for better things,” Man added.

previousNicușor Dan: Elsaco, Erbașu and Electromontaj –winners of the tender for the refurbishment of 210 km of heating network
nextMoldovagaz needs state help to get through the winter