Acasă » Renewables » Mihai Bălan (RPIA): Investing in green energy is the only real answer to the energy crisis

Mihai Bălan (RPIA): Investing in green energy is the only real answer to the energy crisis 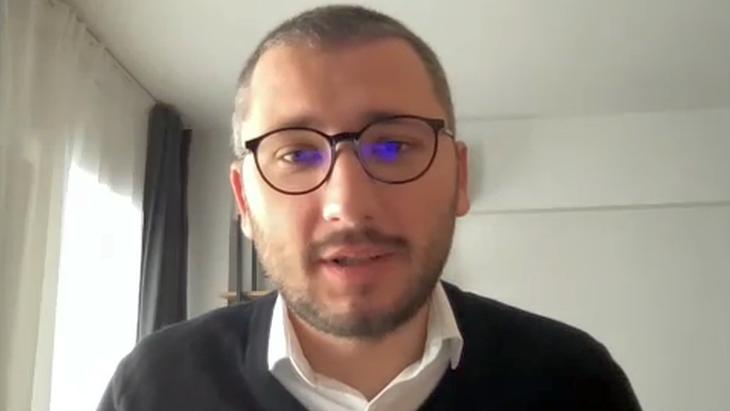 The crisis of electricity and natural gas prices is a European crisis, underlines Mihai Bălan, executive director of the Romanian Association of the Romanian Photovoltaic Industry – RPIA. “Not only Romania is facing these increases, but all European countries and a full understanding of the situation will be built in time through dialogue, by bringing together the knowledge of more people, more institutions, more entities,” he said at EnergynomicsTalks.

The main causes have been identified since late 2021. “Together with my colleague Mihnea Cătuți from Energy Policy Group, I wrote a position paper on how we saw the causes of this crisis in November. Beyond the post-pandemic recovery that was faster than everyone expected, we have the geopolitical situation whose impact especially on the gas market we know. […] There was also an atypical period in the summer of 2021 when in much of Europe the wind did not blow much.”

Mihai Bălan rejects the interpretations of those who consider that the current price crisis is caused by the policies of the European Union, such as the Green Deal, the ETS mechanism for trading carbon certificates. “Now we can make a very clear analysis and even the European Commission launched such an analysis last month – the impact of the ETS on current electricity prices is at a maximum of 10-15%,” says Mihai Bălan.

“We have a crisis period, and the solutions cannot be implemented in the short term. In the short term, we can only reduce the impact on the population and the economic operators”, he claims.

In his opinion, investment is the only solution to overcome such moments in the medium and long term, a position also taken by the European Commission in the toolbox presented at the end of last year. “If the Green Deal had happened earlier, we wouldn’t have gotten here. The European Commission urges us to continue to implement the Green Deal at an accelerated pace. From this point of view, renewable sources can provide an answer, as they can be installed the fastest compared to any other energy source. At the same time, for several years now they have been the cheapest sources of energy generation”, Mihai Bălan pleaded. In addition, he added, renewable energy sources reduce dependence on fossil fuel imports, with all the geopolitical implications we know.

Decarbonization is a one-way street – we can only go forward, “even China, even India have joined this trend,” he says. At the same time, it is understandable the resistance of those who oppose the Green Deal and the mechanisms it imposes, carbon trading included. “This resistance comes from our inability to take advantage of the instruments made available by the European Union. We pay [for carbon certificates], we charge the consumer immediately, but all this money goes back into Romania’s budget, for example through the Modernization Fund, which means more than 15-16 billion euros. This is money from ETS certificates, but we cannot benefit directly without an intermediary such as the [central] authorities, which have to make programs and bring the money back to the beneficiaries”, explained Mihai Bălan.

The Romanian Association of the Romanian Photovoltaic Industry – RPIA is an association with a history already in Romania, founded in 2012 and which had a more intense activity during the boom period of renewables since the beginning of the last decade. Legislative changes and market apathy have made the RPIA less visible. In 2021, the very good prospects for renewable sources and the energy industry in Romania gave the association a new breath of life, in the context of the Green Deal and decarbonization policies at the European level. “We are already in a period of unexpectedly beautiful growth,” said Mihai Bălan. “We are pleased to have more and more members, as our goal is to become a strong partner for all market players and to be a strong, long-distance partner.