Lithuania pleads for US gas exports to counter Russia`s supremacy 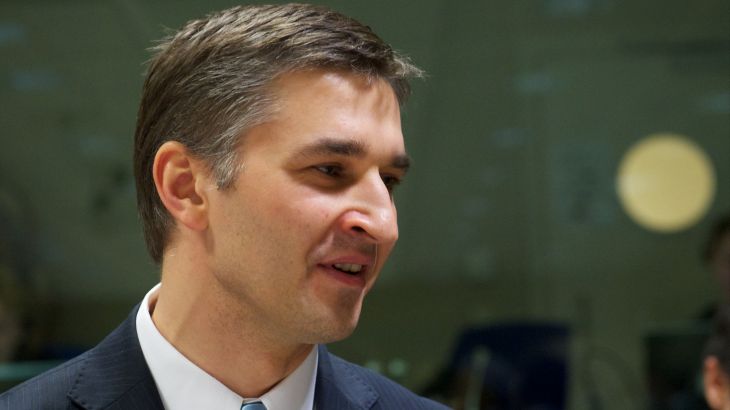 Lithuania’s energy minister has called on the US Senate to speed up the export of natural gas to Europe.

Jaroslav Neverovic (photo) said that Lithuania was being forced to pay a “political price” for being entirely dependent on Russian gas supplies, according to BBC.

The crisis in Ukraine has led to calls for the US to ease its current restrictions on gas exports.

Some analysts have suggested that doing so would help challenge Russia’s dominance in the sector.

In his statement to a US Senate committee, Mr Neverovic urged members to do everything within their power to release natural gas resources “into the world market”.

“A law enacted in your country some 75 years ago denies us access to your abundant and affordably priced energy resources,” he said.

The energy minister said customers in Lithuania were having to pay 30% more for natural gas than other European nations, because they were “beholden to a monopolistic supplier.”

“This is not just unfair,” said Mr Neverovic. “This is abuse of monopolist position.”

The crisis in Ukraine has seen the US and European Union impose sanctions targeting members of the Russian political elite.

They have had their European and US assets frozen, and travel bans have been put in place to restrict their movements.

However, some analysts have argued that these moves are symbolic and any sanctions would only work if they impacted the wider Russian economy.

He estimated that increased US competition could drive down Russia’s revenues from natural gas exports by as much as 30% over the next five years, and by as much as 60% in the longer term.

“Since energy exports are the mainstay of the still inefficient and lagging Russian economy, this is a penalty with teeth,” he added.

However, Edward Chow, a senior fellow at Centre for Strategic and International Studies, said any such move was unlikely to have an immediate impact.

Mr Chow said that Russian exports of natural gas were equivalent to “twice the combined capacity” of the seven US government approved liquefied natural gas (LNG) export projects, which would only be completed by the end of this decade.

“Certainly increased exports of oil and gas from the US and other countries would reduce, over time, the significance of Russian exports, but none of this will happen quickly,” he said.

Mr Chow argued that in order to reduce Russia’s influence it was crucial that European countries developed their own gas resources.

“Russia is even more reliant on the European market as the destination of 80% percent of its oil and gas exports,” he said in his testimony at the hearing.

“So, who is more reliant on whom? This has more to do with the exercise of political will rather than of economic leverage.”

previousUkraine could buy gas from Europe, much cheaper than from Russia
nextSome support activities for Petrom will be transferred to a new company