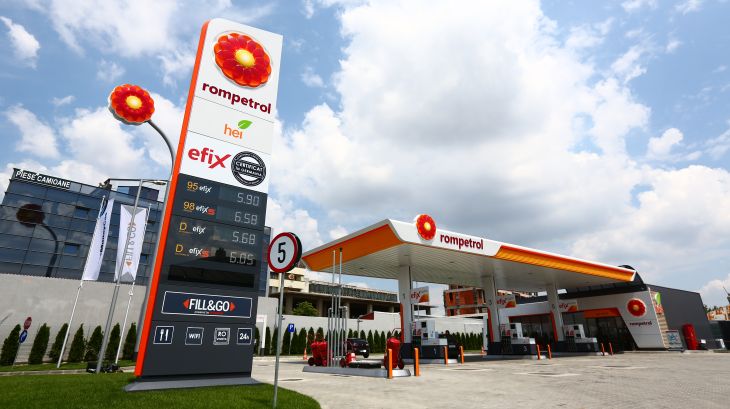 KMG International will invest through Rompetrol Downstream about 18 million dollars by the end of 2015 into expanding its retail network in Romania with other 11 new fuel stations, reveals a release received by energynomics.ro. The company has also announced it opened a new gas station in Bucharest, on 67 Șoseaua Viilor Blvd.

“The opening of the new gas stations fits into KMG International Group’s strategy to extend its retail network on the local and regional market. KMG International has the ambition of constant development, being a competitive, sustainable and diversified company. The acces to vaste natural resources from Kazakhstan, as well as extraction, transportation and refining activities through an integrated system ensures the quality of the products that we deliver. On the local market, the main areas targeted for the retail network developments are northwest, southwest and northeast regions”, said Azamat Zhangulov, Senior Vice President KMG International.

The gas station located at Viilor road has a total area of approximately 2,000 sqm, and the total investment amounts 1.3 million dollars. The gas station maintains the major hallmarks of the retail network concept launched by the Company in late 2013, with new visual identity elements used (Rompetrol logo). The interior space has been reorganized using a new architectural style.

By mid-2015, exterior rebranding of 117 gas stations have been modernized and another 6 will be integrated into the new concept by the end of this year. In addition to the facilities already available within the Rompetrol network such as Efix, Fill & Go payment service at the pump, Hey restaurant, the new fiiling station is provided with next generation pumps, and with a lighting system for interior and exterior based on LED technology, the energy consumption is reduced by 20%. Restaurant services bring a unique concept on the local market in gastro – Croust’wich.

previousElements of an optimal fiscal regime for Romania’s offshore sector
nextMihail Mitroi: Gas storage should be the emergency plan of this energy strategy