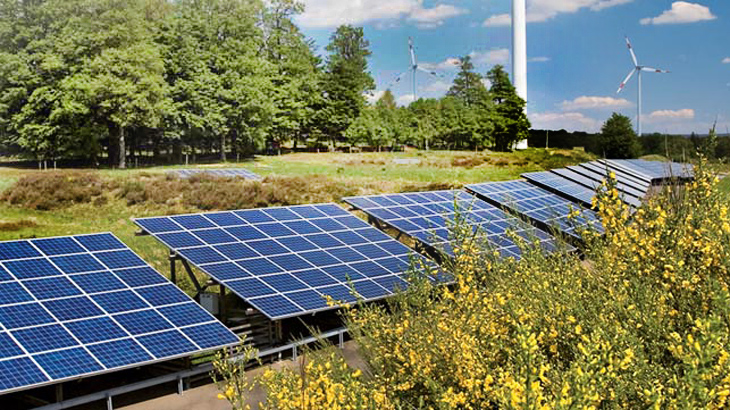 Photovoltaic project developer juwi has started work on two solar parks totalling 12 MWp in Romania. The company has an EPC contract with Chinese investor HiSun PV and their partner Abacus Renewables for these projects. Both parks are expected to go online in November this year.

The PV plants which have a total capacity of 12.890 MWp are being developed in Satu Mare and Butimanu, in Romania. Satu Mare has a capacity of 5.88 MWp and Butimanu, 7.015 MWp. The parks will be supplied with more than 53,700 modules from GD Solar/HiSun. juwi expects the solar parks to go online in November this year and thereby enable more than 16 million kWh electricity to be fed into the grid of the power supply company Transelectrica RO annually. This will be able to power 4,700 Romanian households (standard three-person household) with clean energy.

The photovoltaic market in Romania is challenging, but at the same time also very promising

The Romanian PV scene has been riddled with cuts and uncertainty. Still Nikola Gazdov, Managing Director of juwi Bulgaria sees the opportunity. “The photovoltaic market in Romania is challenging, but at the same time also very promising. Ongoing amendments to the green certificates support scheme create uncertainty but might eventually serve to prevent a “boom and bust” model as we have witnessed it elsewhere”, Gazdov said.

Both solar parks are being built by juwi’s Italian subsidiary juwi Energie Rinnovabili Srl in cooperation with the Bulgarian subsidiary juwi Solar GmbH in Sofia. juwi was chosen as the developer by Abacus Renewables and investor HiSunPV in July. Marco Margheri, Managing Director of juwi Italy, stated, “It is exciting to manage several projects in parallel in a new market like Romania. Therefore we are very proud that HiSun PV chose us to build their solar parks”