Acasă » Electricity » Johan Meyer: The listing of Hidroelectrica will become a window to Romania

Johan Meyer: The listing of Hidroelectrica will become a window to Romania 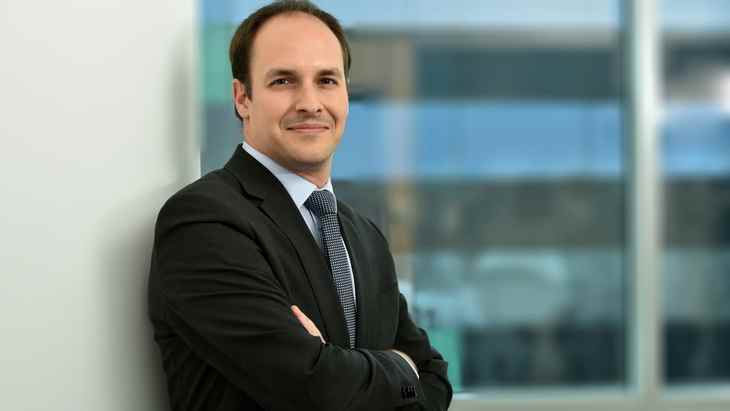 Johan Meyer is the CEO of FTIS Bucharest Branch and the Portfolio Manager of Fondul Proprietatea. We talked with him about the status of preparations for the listing of Hidroelectrica, which are ongoing “irrespective of current market volatility”. The goal is to be prepared to launch the transaction at the most appropriate time, Johan Meyer told Energynomics.

Is Hidroelectrica’s IPO a priority for you at present? Why?

The listing of Hidroelectrica is a project that we have been working towards since Franklin Templeton started managing Fondul Proprietatea, so we are very pleased that we have reached this point where we have broad stakeholder support for the transaction to take place. There is still a lot of work to do to cross the line and finally have a listed asset. Hidroelectrica’s scope of activity, market position, the fact that it is a company that produces energy on a sustainable basis coupled with increasing interest from ESG investors give us the confidence that we have the right ingredients for a successful listing. For the Romanian capital market, a successful listing of Hidroelectrica will be a critical step in achieving MSCI emerging market status, significantly increasing the visibility of the local capital market.

Do you consider it to be a priority for the Romanian authorities, as well?

Given that the listing of 15% of Hidroelectrica is a commitment in NRRP, as well as having secured the support of the majority shareholder in the listing process we consider that it is a priority for all significant stakeholders, including the Romanian authorities. As the Fund Manager of Fondul Proprietatea it is our duty to carefully evaluate the structure and implementation of the transaction to maximize returns for of all our shareholders. To do so the listing must be accessible to as many potential investors as possible, which would aid the development of the local capital market. From this listing, not only Fondul Proprietatea could benefit, but also the Romanian State as the majority shareholder of Hidroelectrica, FP’s more than 8,000 Romanian shareholders (which include the State, through the Ministry of Finance), and the Romanian capital market.

Has the value of Hidroelectrica increased or declined during these turbulent last 6 months?

Hidroelectrica is one of the most profitable companies in Romania as shown also by the latest financial results according to which the company ended the first half of 2022 with revenues of 4.7 billion lei, an increase of 48% compared to the same period in 2021 and a profit increased by 56% to 2.6 billion lei. The listing of Hidroelectrica will become a window to Romania through which many investors will look at our country, and we do believe that it makes sense for the company to be prepared to be listed as soon as practically possible.

There are voices according to which Hidroelectrica is more valuable if it remains only with energy production assets and does not buy a supply operator. What is your view on that?

Any expansion of existing capacity or other areas of activity must make commercial sense for Hidroelectrica and its shareholders. It is our firm view that the company’s management should evaluate any such business opportunities through this lens. Over the past 12 months in particular we have seen very challenging conditions for the supply operators, so this is an area that deserves a lot of scrutiny.

Many times, FT warned that corporate governance rules are insufficiently respected in Romanian state-owned companies. What is the status in the case of Hidroelectrica?

Hidroelectrica’s supervisory and executive boards were selected in accordance with corporate governance legislation, which was intended to ensure professionalism and appropriate experience in these critical areas. The results of the company speak for themselves and serve as a reminder for other state-owned entities of the potential of proper management and supervision.

There are all the promises and deadlines with respect to Hidroelectrica’s IPO, but is it a good time, from the perspective of possible investors?

A dual listing represents a unique opportunity to promote Romania and Hidroelectrica globally as we are able to reach a much wider range of potential investors. With regards to timing, the preparation is ongoing irrespective of current market volatility to be prepared to launch the transaction at the most appropriate time.

Have you started already the roadshows for promoting the IPO? What are the next steps in order to ensure a successful IPO before June 31st, 2023?

As we have communicated, we have selected a large and diverse investment bank syndicate that will handle this listing, and the banks have been working hard on various workstreams in preparation for the IPO. We are making every effort to complete the listing of Hidroelectrica as soon as possible.

Although it was not officially declared as such, Romanian authorities (and the European one, too) acted as if we are in a war economy, and Hidroelectrica was called to contribute to public support for the population to cope with high energy prices. Would such positions still be possible after the IPO?

It is clear that there are significant market interventions that have been made in the context of exceptionally high energy prices, also considering the impact of the war on Ukraine on Romania and its neighboring countries. We should, however, view this as a market cycle, with sustained high prices there will be a supply-side response in terms of greater energy production which will lead to increased output and lower prices in the longer term. Under normal market conditions, there would no longer be the need for these market interventions, as it will negatively affect the confidence of investors and the ability of companies operating in the sector to establish long-term investment plans.

previousLONGi Solar, the largest manufacturer of solar panels in the world, opens its office in Bucharest
nextSO WHAT hosts the final workshop “Supporting opportunities for waste heat and cold valorization” – Constanța, 17 November