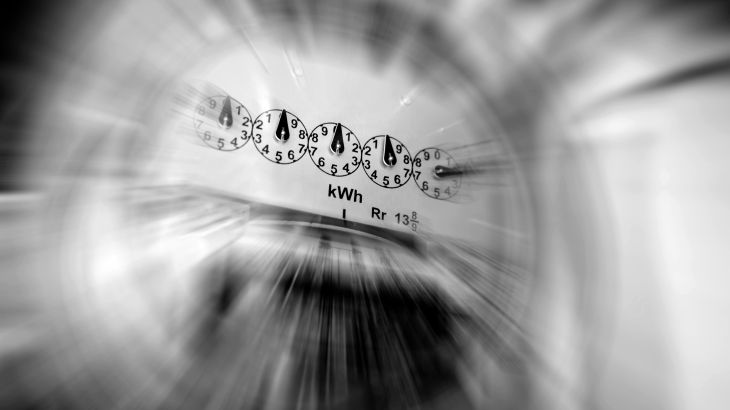 The price of natural gas goes up by 1%

The gas for population will mark up by 1% starting from January 1, 2014, while the gas for  for  industry, by 2%, this being considered as a new step forward in the market liberalisation of the natural gas market, stated Niculae Havrileţ,the president of the National Energy Regulatory Authority (ANRE).

At the same time, the Regulatory Committee of ANRE decided at the last meeting of the year, not to amend the price of electrical energy starting from January 1, neither for the population, nor for the industry.

The  cogeneration tax drops by 10% starting from January 1

The price of electrical energy produced by the cogeneration plants of high efficiency that benefit from support bonuses, shall drop by 19.57% next year, according to an order of the president of the National Energy Regulatory Authority , published in the Official Journal.

“ANRE made an analysis to see if there is a supercompensation of those who receive bonuses for the high efficiency cogeneration plants. I noticed that such a supercompensation is in place, therefore we proposed the Government a reduction of these bonuses by 10% starting from January 1 and by 35% starting from June 1. The reduction will be applied for all the energy producers, not only for some of them”, stated Havrileț.

A new step forward in the liberalisation of the electricity prices

Starting from January 1, the population receives  20% of the electrical energy at the price of the free market, and 80% of the consumption is invoiced at the regulated price.

The calculation method of the excise duties for fuels modifies

The gasoline and the Diesel fuel will up starting from 2014 by 9 coins per liter, in spite of the fact that the introduction of the tax of 7 euro cents per liter of fuel, was postponed till the second semester of 2014.

The rises that will appear, are due to the modification of the calculation method of the excise duty: this will be calculated according to the level of the rate of exchange for October of the previous year only if this rate is not smaller than the one recorded the previous year. On the contrary – and this situation can be found at present –, the rate recorded on October 1, 2012 shall be taken into consideration, and this will be updated with the average rate of inflation  from September this year.

The Government introduces the tax for the special constructions

The new tax accounts for 1.5% of the value of the special constructions, following the payment to be made in two equal installments, by May 25 and September 25. The transport networks, the pillars, the deposits, the warehouses that are currently tax-free or are not subject to the taxation, are included among those constructions owned by the legal persons.

Niculae Havrileţ, the president of the National Energy Regulatory Authority (ANRE) stated that the first thing that needs to be done related to the impact on the energy producers, is to establish the quantum of the tax.

“They must pay this tax  in two installments, and the first is in May 1 If, they will come with supporting documents up to the payment of the first installment, to prove the impact of this tax on their activity, we will have to admit this in the price of the energy produced by them. It’s about maximum 1-2% at Hidroelectrica. The same applies to Nuclearelectrica. We will see what the impact will be”, said Havrileţ.

A new Labour Contract shall enter into force at Hidroelectrica

On the other hand, the decision of the energy regulator (ANRE) to supply the domestic consumers in 2014 only with energy produced by Hidroelectrica and Nuclearelectrica, will cost Hidrolectrica 30 million euro. According to the staff of the company, Hidroelectrica has a production cost of 160 lei/MWh, but ANRE admits in the tariffs only 114 lei. Additional costs of 40 million euro will add to these loses, brought by the introduction of the tax of 1.5% for special constructions, while the tax for the processed water means costs of 80 million euro per year.

Over 800.000 employees will benefit from the rise of the minimum gross wage starting from January 2014 from 800 to 850 lei, out of which less than a third is represented by the budgetary sector.
The payment of higher wages is not the only worry of the bosses, the legal regulations imposing them few bureaucratic obligations that may bring fines up to 8.000 lei if ignored. Still, the unclear legislation allows many more interpretations, so that the companies can’t be sure if they comply to the full with the legal provisions.

According to an order that was in force until now, the big gas consumers could connect only starting from April 1, 2014 directly to the transmission system (large conduits, main lines), paying in this way a smaller tariff for the distribution service (small conduits, of proximity), that regularly makes the connection between the large transmission conduits and the end-user.
A new order of ANRE, published in the Official Journal of December 12, stipulates that the large consumers that come under certain criteria can connect directly to the transmission conduits earlier than April 1, 2014.