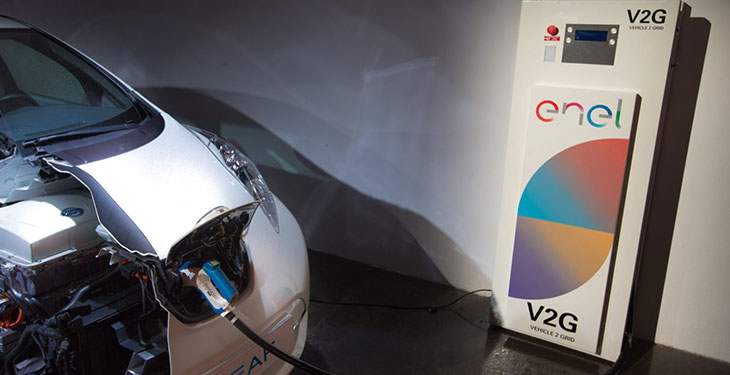 Italy’s Enel is in touch with a number of carmakers including Fiat Chrysler Automobiles (FCA) as the power utility steps up efforts to benefit from the e-car boom through its recharging technologies. Enel, which is rolling out a recharging network for electric cars across Italy, has already signed deals with Nissan and Audi to use its technology and services in some of their models.

It is now discussing options with other manufacturers, Enel’s e-Mobility division head Alberto Piglia told Reuters. “We have talked to the head of innovation at Fiat and if things progress we will talk even more,” he said, according to Reuters. Power utilities across Europe are vying for position in the fast-growing business of charging stations as carmakers commit to move their fleets to full or hybrid-electric drive trains.

Enel and consultancy Ambrosetti estimate that electric vehicles could account for more than 50 percent of cars sold globally by 2040. FCA Chief Executive Sergio Marchionne is one of the few car bosses who has largely resisted the plug-in vogue, though he has conceded that electrification will be a part of the company in the future.

Italy is the leading EU market for natural gas-fueled cars and gas companies Snam and Eni have signed deals with FCA.

Rome’s new energy road map presented last November calls for a renewal of Italy’s car stock to reduce its carbon footprint but leaves it to the market to decide which technology to use. “The point here is to give car buyers the chance to have recharging infrastructure installed in their homes and garages when they buy the vehicle,” Piglia said.

As part of the deal with Nissan, buyers of the Japanese group’s all-electric Leaf model receive two years’ free electricity for the car and a charging system at home. State-controlled Enel, Europe’s biggest utility and owner of Spain’s Endesa, is focusing on green energy and digital networks to offset an expected decline in traditional power generation.

“Italy is the starting point, but we are also looking closely at the Spanish market and have started looking around in Latin America,” Piglia said. The company has earmarked up to 300 million euros ($373 million) to install up to 14,000 recharging columns for electric cars across Italy by 2022.

Piglia said Enel’s plans were based on estimates that Italy would have more than 115,000 electric cars by 2020, from about 9,000 today. About 80 percent of its network will be in urban areas and the group is talking to supermarkets, retail chains and petrol stations to aid its expansion.