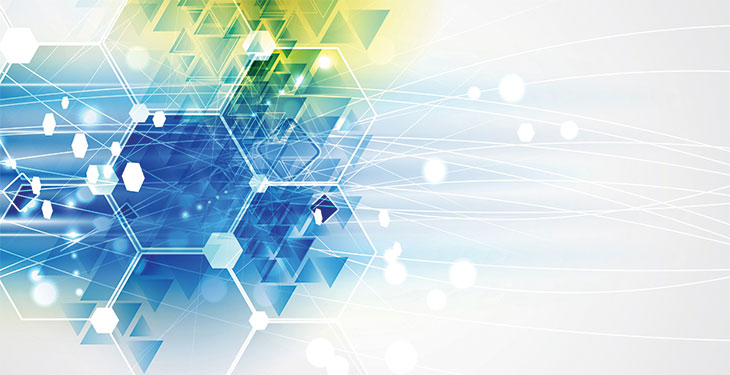 The rethinking of the regulatory framework in the entire energy and mineral resources field is in process of redefinition, with a potential major impact on the level of the companies’ business strategies, as well as on the Romanian strategy for energy security.

The debates around the Draft Law regarding the approval of the Government Emergency Ordinance no. 64/2016 for the amendment of Law no. 123/2012 on electric power and natural gas were resumed this autumn. The draft has been very controversial, and its final shape is long in coming. Besides the pros and cons, the interpretation and enforcement of some of the provisions will represent an ordeal at a strictly juridical level.

One of the provisions refers to the extension of the term set for the producers to preferentially make available to CPET (CPET – domestic clients and thermal energy producers, only for the quantity of natural gases used in the production of thermal energy in co-generation plants and heat plants, for people’s consumption) the quantities resulted from the domestic production by June 30, 2021 and, respectively, the proposal for further regulation by ANRE of the domestic production price for CPET. Added to this is the implementation of a mechanism for the progressive reduction of such quantities from the domestic production, with the same deadline – June 30, 2021. The suppliers oppose such proposals arguing that the suggested measures will entail the perpetuation of the lack of predictability on the contracting requests of the suppliers that ensure the CPET consumption, given that the extension of the term for which the domestic production price for CPET has been regulated may also entail the continuation of the infringement procedure set off by the European Commission.

Another recurrent observation refers to the enforcement by law of a monopoly situation regarding the administration of the centralized markets. This provision could trigger a monopoly situation applicable to a local market lacking the required transparency or liquidity, in the context in which there have been multiple voices pleading for a competitive administration of the centralized markets.

Transactions only on the centralized markets

Transactions conclusion exclusively on the centralized markets was one of the most ardent topics generated by the draft law. The negative endorsements issued by the European Commission, the Competition Council and the representatives of the public authorities were sustained by additional opinions expressed by the industry, since it is very likely to set off a new infringement procedure as such obligation could be considered by the European Commission a trespass upon the Treaty on the Functioning of the European Union, from the perspective of the merchandise free movement. Such obligations entail a series of constraints which, in lack of the liberty to conclude long-term contracts, negotiated with clauses specific to those projects, can bring blockages of the investment projects in the natural gas production, both offshore, and onshore, as well as barriers to the development of new projects.

Moreover, the same constraint existing on the electric power market proved during the last year the incapacity to start off projects for the commissioning of new electric power production facilities, of any type. It is well known, from the practice of the industry, that such projects with significant initial financial commitments structure their costs and ensure their own capital flows upon specific long-term contracts for the sale of the production. In the case of oil and gas projects – until deposits are drained, with predictable prices set by formulae related to the international quotations, ensuring warranty tools required to draw up and comply with the business plans, and for electric power – at least until the amortization of the investment. These contracting constraints are in opposition to the premises of contractual and legal stability, which represent key elements for the entire future legal construction supposing real enforcement levers.

Recently, the Government brought at public issue a law draft that intends to update the royalties system for the concessions of mineral, hydromineral and oil concessions and which differentiates between taxation of onshore and offshore resources. The novelty is that, whereas the onshore royalties ratio remains unchanged, the method of calculation will however report to the quotations of the Brent oil and the quotations of the oil in the area of Suez or Urals will not be considered any more.

Since 2008 we have recorded an unchanged reference price of natural gases of RON 45.71 per MWh. The new provisions bring forward the formation of the price on the centralized market of OPCOM. So far, the natural gas price varied between RON 66-67 per MWh, during the summer months, and RON 71-72 per MWh, during the cold season.

For the much expected offshore production, fixed and variable quanta were provided, depending on the extracted volume. The reference price will be reported to the Brent oil, in the case of oil, and to OPCOM in the case of natural gases.

The Government will have available a higher flexibility in upgrading the level of royalties and will be able to do this upon the recommendation of the competent authority. Such decisions will take into account the economic facts and the exchange rate RON/EUR.

Also this autumn, the Government wanted the complete the legal framework by the draft of the normative deed on some measures required for the enforcement of the oil operations by the holders of oil agreements regarding the offshore oil areas. This project also provides that the holders of offshore agreements should be exempted from the payment of the tax on addition income obtained after the deregulation of the gas price. The offshore works are to get authorizations from the part of the Ministry of Power and other nine institutions, and the drilling works are to be subject to a special authorization regime from the part of the National Agency for Mineral Resources. Considering the specificity of the activities, derogations from the Code of Labour were also allowed, as regards the working and rest schedule and requires the acquisition of at least 25% of the products and services on the local market.

At European level, in November the European Commission suggested the amendment of the Directive on gases (2009/73/CE), in an intent to make sure that all major pipelines in the EU that enter the EU are operated with the same transparency degree, are accessible to other operators and operate efficiently. The third package regarding power aims at maximizing competition among natural gas companies, avoiding the conflict of interests between the infrastructure operators and dispatchers and, at last, ensuring safety in supply.

Changes to the Law on Mines

We should also remind that the Ministry of Power set off a public debate for a law project that will substitute the current Law on Mines no. 85/2003, in an intent to provide greater flexibility and transparency, to create the possibility that the civil society should have a louder voice when talking about the award of licences for prospecting and exploitation of mineral resources, protecting the citizens at the same time from expropriation and exploitation practices improper to their health and to the environment that they live in.

The Law on Heat

Not lastly, since the cold season begins, the review of the law on the public service of heat supply is a priority, action which supposes, among others, to encourage investments and public-private partnerships for the rehabilitation of the existing electric heat plants or the construction of some new ones, so necessary on the entire national territory, and to enact a scheme of support for the promotion of highly efficient co-generation for the period 2021-2036.

One should follow the modality to materialize such projects at the end of this year, in the conditions in which a high level of attention and involvement is forecast, both of the local environment, and of the European community. There is much hope of crystallization of the legislative framework applicable in the energy field, especially in the context of desiderata of energy safety and “affordable energy”, stability, fiscal and legislative predictability.

The recent endeavours for reformation and modernization of ANRM, as well as the declarations regarding the assessment and reorganization of the ANRE prerogatives seem to render evident an increased interest at governmental and parliamentary level on such institutions key for the industry.

This analysis firstly appeared in the printed edition of energynomics.ro Magazine, issued in December 2017.