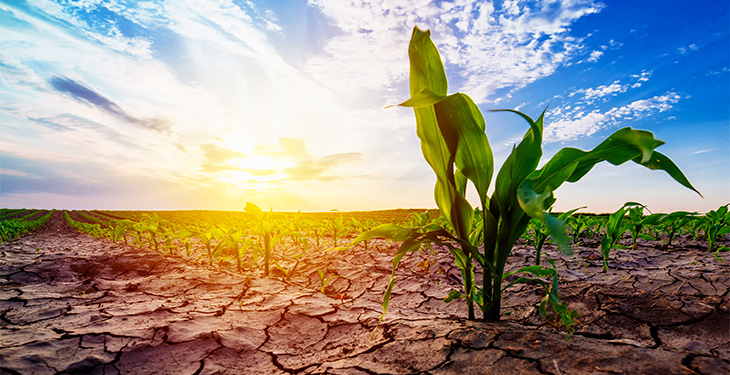 A new report by the Intergovernmental Panel on Climate Change (IPCC) on land use shows that climate change threatens the world’s food supply and livelihood, making it an “existential question”, said German environment minister Svenja Schulze.

“The agricultural and forest industries are victims of this development, but they are also causing it and thus part of the solution in climate action,” Schulze told journalists at a press conference, according to CLEW.

In its Special Report on Climate Change and Land, the IPCC – the world body in charge of assessing the state of scientific knowledge related to climate change – takes a comprehensive look at the whole land-climate system. The researchers say that land already in use today could feed the world in a changing climate and provide biomass for renewable energy. However, “early, far-reaching actio n across several areas is required.”

The report is set to add to the current German debate about more ambitious climate action. As emissions remain stubbornly high in the country of the Energiewende, or energy transition, Chancellor Angela Merkel’s grand coalition government has promised legislation by the end of the year to ensure the country reaches its 2030 climate targets. Germany’s so-called climate cabinet, set up by Merkel to decide on key climate action proposals for all economic sectors and possibly including CO₂ pricing, is due to present its recommendations at a meeting on 20 September.