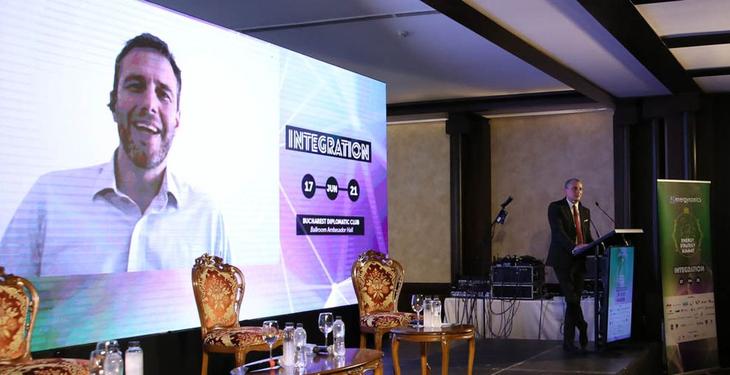 Kristian Ruby is a widely recognized expert with a strong communication profile and extensive experience in political affairs, and the Secretary-General of Eurelectric, the federation for the European electricity industry, representing the power sector in over 32 European countries, speaking for more than 3,500 companies in power generation, distribution and supply. He joined the 7th edition of the Energy Strategy Summit, an event organized by Energynomics, as one of the keynote speakers, on June 21st, when he shared some thoughts about the current status of affairs at the European level for the power industry.

“You have all the big discussions going on about energy poverty, hydrogen, interconnectors, decarbonization. It’s all the same buzzwords that we’re dealing with in Brussels and right now we are moving closer towards crunch time because we have the big legislative package coming from the European Commission – the “Fit for 55”. We are looking at yet another legislative package that will significantly change and accelerate the pace of decarbonization in the next 10 years. Reaching “55” is really qualitatively different from what we had agreed with the Clean Energy package just a few years ago. Such a change can be a little bit intimidating, but I think we should not let ourselves be too scared about this. There’s really plenty of opportunity in this for the electricity sector. We should not underestimate the changes that are needed either because it is really a comprehensive and fundamental change of the entire economy that we’re looking at in order to succeed with this ambitious plan.

In Eurelectric, we call the 2020s the Electric Decade, because everything we need to do will entail electrification of the energy system, whether it’s about the end-use sectors – the transport, the heating systems or the industrial processes – or whether it’s about the green hydrogen. Everything will have a profound impact on our sector, the electricity sector, and that is good in the sense that it is going to be a very active and very interesting decade with manifold investments and a lot of activity. The Eurelectric is very determined to make sure that the electricity sector reaps all the benefits from this transition that really needs to happen.

First of all, of course, there needs to be a price on carbon and in that process, we need to make sure that we are very careful when we reform the ETS system. There is a dimension about which sectors it covers: do we expand it now? and with what means? and what are the effects of that? But there’s also very much the social dimension of this; if we don’t get the social dimension of the ETS reform right there’s a risk that some regions suffer unfairly. There’s also a risk that we have companies that are really punished excessively and lack the necessary ability to invest in the new solutions. So we need to have compensatory measures in the ETS reform and we need to make sure that the Modernization Fund is well equipped to cover the investment needs and help those companies and regions which are most at risk.

Apart from that of course we need to look at the Just Transition matters and Eurelectric was very-very active in ensuring the establishment of the Just Transition Fund and the 17.5 billion euros that are in that now. We also know of course that this is not enough money because the investment needs are really enormous, but look holistically at regions to allow companies to benefit from these funds as well, but really to have a holistic approach where you change the regions gradually – institutions, schools, hospitals, energy use – and ensure that there’s due social involvement and care taken in the process. Otherwise, I fear this won’t go well.

In Eurelectric we believe that the carbon border adjustment mechanism is important because if we want to change all our industries – the steel industry for instance – and start creating an industry that runs on clean hydrogen and basically creates carbon-free steel, we need to make sure that this new industry is not undermined by cheap and polluted products from the outside. We also see in Europe, especially in the years just before 2020, a sharp increase in the imports of unabated and unpriced coal electricity. That means that you have a company that’s paying the carbon price in Europe in competition with a company that’s sending electricity to Europe without paying that carbon price. This is of course unfair competition so we are in favor of a system that allows for more fair competition and a more level playing field when it comes to the pricing of carbon. Of course, again, this needs to be implemented with great care because there’s a lot at stake and it’s also international relations that need to be considered here.

Another key priority for the new presidency and for Eurelectric, in general, is to make sure that we can deploy all the necessary technologies as part of this transition. We know that there’s a huge task in relation to ramping up the deployment of wind and solar, we also know that that’s not going to be enough. We’re going to need backup technologies, we’re going to need generation from our hydro plants, from our nuclear plants and we’re also going to need some form of the transition period for thermal plants, otherwise, we risk energy security in a critical phase where electricity becomes more and more important for the entire energy system. Thus, this notion of ensuring that all technologies can be deployed for the purpose [of energy security] is really a key one for Eurelectric.

The role for distribution for the resilience of the system

The last issue I’ll address is the resilience of the system. We need to work on the resilience and we need to invest to get the resilience, but we also want to show how a more electric system can ultimately become more resilient, more capable of handling fluctuations, for instance. More of the demand side is electrified and we have a whole range of technologies that are contributing to it in order for that to happen. We need to have the right investments in the grids, and here I’m particularly thinking of the distribution grids. The gentleman before talked at length about transmission which of course is also important. What we tend to forget is that 70% of the new capacity that we need to deploy will be added to the medium voltage and the low voltage grids. Those capacities will join the low and medium voltage grids at a time where we’re also sharply ramping up load, we are adding millions of electric cars to the system, and millions of heat pumps. We are looking at a distribution system that is taking a much more central role in the value chain and we need to have a distribution system that is able to handle more complex flows and do that with digital solutions. Remembering and prioritizing the distribution grid investments as part of the resilience plans, as part of the recovery plans, is really something that I would like to underline as a key priority in order for this to be a success.”

previousSmart Mobility Cluj is preparing for the third edition – on June 24th!
nextNew memorandum for the miners from the Jiu Valley