Acasă » Oil&Gas » Exploration & production » In respect to the Neptun Deep project, OMV Petrom moves from “when” to „if” – changes to offshore law are urgent

In respect to the Neptun Deep project, OMV Petrom moves from “when” to „if” – changes to offshore law are urgent 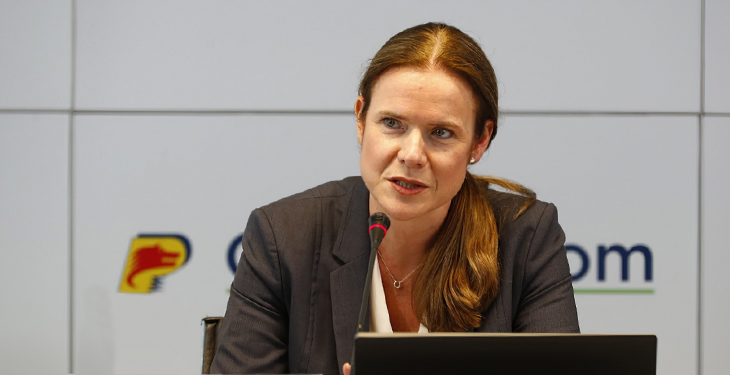 The extraction of natural gas from the Neptun Deep perimeter of the Black Sea has become uncertain, as the offshore law is not modified. Missing development of Neptun Deep would be a huge loss for Romania, Christina Verchere, CEO of OMV Petrom, said in a conference on Thursday.

“Our activity is influenced by the market and regulations and we need an investment friendly legal framework, which is the key requirement for our future investments. We appreciate the efforts to liberalize the gas market, through GEO 1/2020 and the statements regarding the modification of the offshore law. However, in order to lift the barriers that are underway for the development of the Neptun Deep project, concrete steps must be taken in the next period: Neptun Deep is a discovery that ensures Romania’s energy security. The Black Sea is a chance for Romania, which only few countries have. In the context of the Green Deal, we believe that gas is part of the solution for Europe in the transition to clean energy,” said Verchere.

At the same time, OMV chief Rainer Seele says the Neptune project in the Black Sea will undergo a new postponement, one of the reasons being the announcement of the American ExxonMobil group regarding the sale of its 50% stake in this project, reports the APA news agency.

ExxonMobil and OMV Petrom explore the Neptune deep-sea deposits in the Black Sea, estimated at 42 to 84 billion cubic meters of gas. The two companies have equal shares in the project, and the final investment decision for the extraction of resources has not yet been taken.

previousSeele: OMV does not expect Nord Stream 2 construction to resume soon
nextAPIA: A third of the cars registered in 2019 were Euro 6, electric and hybrid