Acasă » Renewables » Biomass » IEA: No other country will replicate the US’ success with hydraulic fracturing

IEA: No other country will replicate the US’ success with hydraulic fracturing 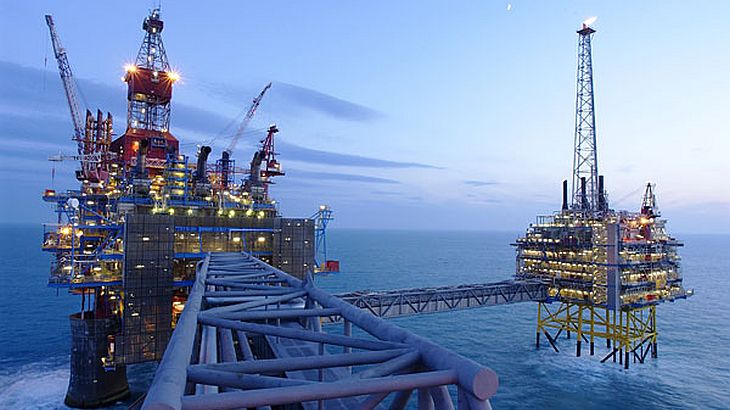 International Energy Agency (IEA) released its annual World Energy Outlook, and in ultimate analysis, states that six key trends are shaping the energy future of mankind, with potential to influence negatively the global trade and the climate change.

First, IEA now believes that no other country will replicate the United States’ success with hydraulic fracturing and other unconventional technologies that have led to the North American boom in oil and natural gas production. The oil production will surpass that of Saudi Arabia two years earlier in USA, in 2015 not in 2017. The absolute peak is going to happen in 2025 but then will return to a declining trend, if nothing spectacular happens. IEA noticed a declining in production per well drilled using hydraulic fracturing, so new wells need to be created so that production could stay strong.

Although the public discourse, reflected in political decisions on the European soil, states that the subsidies for renewables is too great to bear for the consumers, IEA shows that the subsidies consumption of fossil fuel reached 544 billion dollars in 2012, more than five times greater than supports for renewable energy, which totaled 101 billion dollars in the same year. If no fundamental reforms take place, the doubling of renewable subsidies, expected to happen by 2035, will be overshadowed by government supports for fossil fuels. Due to this, carbon dioxide emissions from energy are expected to jump 20% by 2035.

India, not China, will be the engine of global demand growth

The third energy trend identified by IEA is about increase consumption of oil, and the place of origins of that consumption. IEA expects demand for oil to increase 27% between 2012 and 2035, to 111 million barrels a day, and the pole-position is occupied by China, with other Asian Tigers following close.

Even more, the agency states that the volumetric growth in Indian demand between 2020 and 2035 will be larger than that of China, and IEA chief economist made the bold affirmation that India will be the engine of global demand growth. Demand of the entire Middle East will reach in 2035 the demand China has today and the in OECD countries (the group of strongly developed, mature economies) will decrease.

Fourth, logistics and petrochemicals also will drive consumption. In regard to transportation, not personal cars, but trucks will be at the basis of one-third of the volume of growth. The growing demand for oil from the petrochemical industry is due to plastics for industrial and consumer goods, and packaging.

The fifth trend is that Brazil, the world’s largest renewable energy producer, is set to become a large oil exporter. The IEA predicts Brazil’s oil production will triple to 6 million barrels per day by 2035, accounting for one-third of the net growth in global oil production and making this nation the world’s sixth-largest oil producer. Simultaneously, Brazil will meet 45% of its primary energy demand by renewable energy. By 2035, the fossil fuels will represent less than 20% of Brazil energy needs.

The sixth trend is about the consumption needs of Europe and its need to import a large proportion of energy resources to meet them. According to recent data, EU spends in each year more than 500 billion dollars for imports of oil and gas, and that price will go up by nearly 10%. Its younger strategic partner, USA, will see the halving of its 300 billion dollars imports. The price of natural gas in the EU is now triple the price in the United States, hurting the competitiveness of its heavy industry.