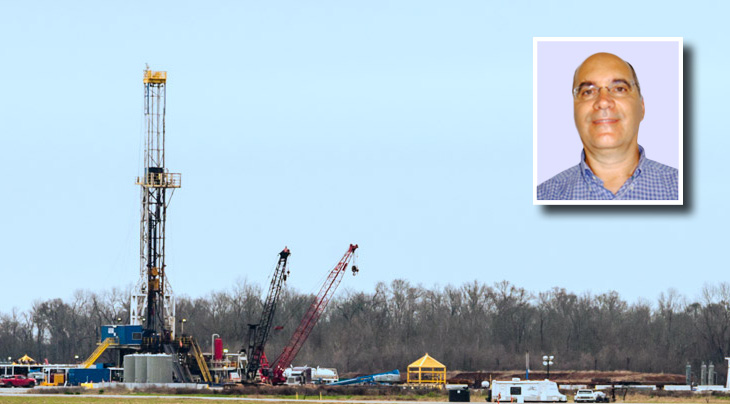 Over the last decade, significant improvements were made in hydraulic fracturing technology and horizontal drilling. The energy industry created a true paradigm shift in the energy industry, a boom in natural gas and oil production that reverberated through the entire economy of the United States and was considered by many people as a game-changing, tectonic shift in our energy picture. Other countries followed the American example and began developing their own projects of exploring and exploiting the hydrocarbons trapped in tight reservoirs, mostly shales.

The considerable achievements attained in the successful extraction of huge amounts of oil and gas from geologic formations previously inaccessible (like Barnett, Marcellus, Haynesville, Bakken, Eagle Ford, etc.) by using hydraulic fracturing, made the technology behind the practice highly appreciated by those working in the energy industry. As an oil and gas researcher for the last 35 years, I followed closely the development and application of hydraulic fracturing in various fields in U.S. and abroad.

I am not aware of any proven cases of aquifer contamination from hydraulic fracturing.

Each of these has been discussed in the scientific literature at different lengths and the general consensus among experts is that potable water contamination, by either chemicals or methane produced by fracturing, is not physically plausible. There are fundamental natural laws (e.g., Darcy’s law, Fick’s law) that govern the movement and dispersion of fluids (water, gases, contaminants) through porous rock spaces. Any student taking a hydrogeology class could tell you that, for a contaminant (like those chemicals used during hydraulic fracturing) to travel a significant distance (from deep fracturing depths to shallow fresh water depths, i.e., from ~1.5-2 miles to ~150-200 feet) would require tens of thousands of years and the existence of a suitable hydraulic gradient to provide the energy necessary for that movement. It is true that a very few accidents have happened during hydraulic fracturing, such as surface spills that resulted in some incidents that have been cleaned up immediately.

Fears about the contamination of drinking water by methane produced during hydraulic fracturing have entered the public imagination, particularly through mediums such as the 2010 HBO documentary Gasland In it, a man lights the water flowing from his kitchen tap. The truth is that in many places, including Pennsylvania, Colorado, or southern New York, methane occurs naturally in shallow groundwater. This gas is “fugitive” or “stray” gas, biogenic in origin, with no relationship to abiogenic gas produced by hydraulic fracturing. A simple isotope analysis of tap water that may be affected can quickly identify a stray gas.

Hydraulic fracturing has been used in producing oil and gas for more than 50 years in more than one million wells, yet I am not aware of any proven cases of aquifer contamination from hydraulic fracturing. It seems that there is an overreaction to this technique of oil and gas extraction, and the precautionary principle is used instead of usual risk assessment methods.

Opponents of hydraulic fracturing condemn its use without providing solid scientific evidence.

Another concern is localized earthquakes caused by fluid injection during hydraulic fracturing. Only two minor events (magnitudes less than 2.5, meaning that only the instruments could sense them) have been reported. Other localized earthquakes that occurred in Ohio and Arkansas were caused by fluid injections in deep waste disposal wells and not by hydraulic fracturing.

Persistent in blogosphere and other social media are debates in which opponents of hydraulic fracturing condemn its use without providing solid scientific evidence that it can contaminate potable water. The certainty of those arguments offered by opponents cite obscure, contradictory, or biased articles found on the Internet, and confuse opinion with fact. Social networks spread these “expert” opinions with a lightning speed and genuine experts are then forced to dispel an avalanche of myths.

As scientists, we must step up and promote and explain the technical aspects of hydraulic fracturing in clear, layman’s terms, and dismantle the myths. Scientists should promote the importance of introducing science into public debate in order to quiet the concerns of the public through fact not opinion. To borrow from a quote by the Irish statesman Edmund Burke, all that is necessary for the triumph of ignorance is that the knowledgeable do nothing.

Constantin Cranganu is a professor of geophysics and petroleum geology at the City University of New York, Brooklyn College. Previously, he worked at “Al. I. Cuza” University of Iasi, Romania, and University of Oklahoma, School of geology and geophysics. His latest book (as sole editor) is “Natural Gas and Petroleum: Production Strategies, Environmental Implications and Future Challenges”, Nova Science Publishers, New York, 2013.