Hungary has signed the 15-year contract with Gazprom 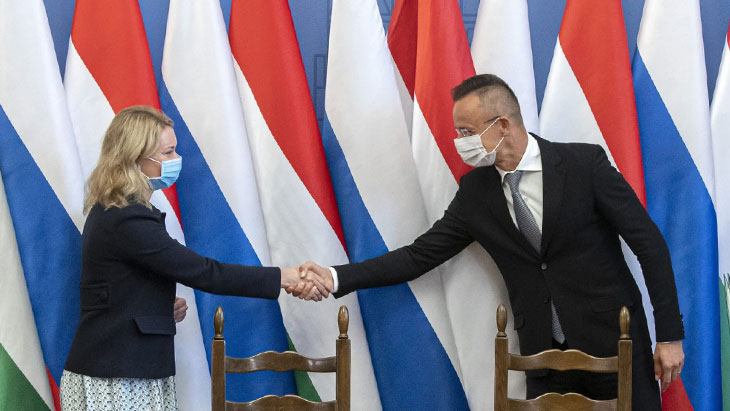 The price is significantly lower than the one paid so far, being based on a bilateral agreement signed in 1995, and will contribute to “maintaining the reductions in utility prices and Hungarian consumers will continue to pay some of the lowest prices in the European Union,” said Szijjarto.

The agreement signed on Monday by the directors of Gazprom and MVM provides about half of Hungary’s annual gas consumption, which is between nine and ten billion cubic meters. In recent years, Hungary has begun to reduce its dependence on Russian natural gas by opening interconnection pipelines with most neighboring countries, according to Agerpres.

Although interested in reducing Russia’s dependence on natural gas since taking power in 2020, Hungarian Prime Minister Viktor Orban has been a promoter of Moscow’s interests in the European Union, repeatedly calling for the lifting of sanctions imposed on Russia after the annexation of the Crimean peninsula in 2014.

Also in 2014, Moscow and Budapest signed an agreement for the construction of two new units at the Paks nuclear power plant, each with a capacity of 1.2 gigawatts, by the Russian state group Rosatom, but this project met with many delays.

previousPopescu: We can discuss the over-taxation of energy companies, in order to limit the price
nextANRE designates the winner of the tender for the new platform for changing suppliers