Hidroelectrica closes another credit facility and continues to pay its debt 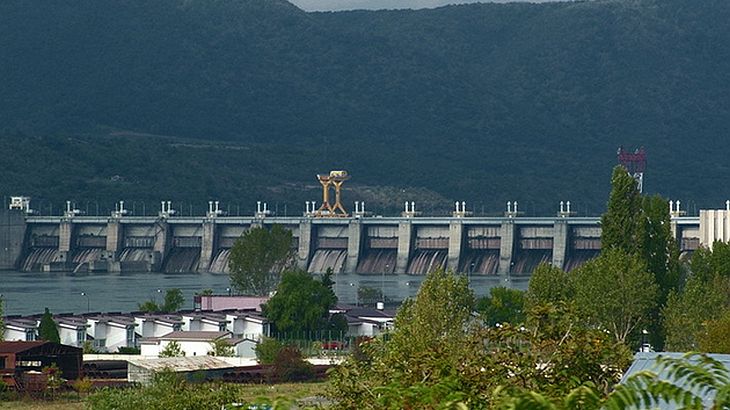 Hidroelectrica closed a credit line of 120 million lei from Banca Transilvania which was expiring on April 11, 2014, and intends to pay in full three other loans in total amount of 167 million euros by the end of the year.

“On 14.10.2011, Hidroelectrica contracted from Banca Transilvania a short-term financing facility of 120 million. The period of validity of this line was extended successively in the years 2012 to 2013 because of lack of funds for reimbursement. The gradually improved liquidity of the company during the last 15 months has allowed refunding the credit balance of 120 million lei and closing the credit line granted by Banca Transilvania, due on 11.04.2014”, says a press release from the energy producer.

In March 2014, the company closed a financing contract worth 110 million euros, signed with EBRD and a credit line worth 80 million lei, provided by Alpha Bank.

At the opening of insolvency proceedings, Hidroelectrica had a total debt of 841 million euro to financing banks. This was reduced to 282 million euro, which means the balance of loans currently contracted to 67% from when the insolvency proceedings started. Until the end of this year, this percentage will reach 76%. The company re-entered insolvency in February 2014 after going through a simmilar procedure between June 2010 and June 2013.

Hydropower would go bankrupt if the court decides that the company should have not entered into insolvency two years ago and would oblige it to resume old bilateral agreements with traders. Some of these agreements have deadlines that extend until 2019. In addition, the company might be imposes some compensation of 1.3 billion lei, according news agency Mediafax, based on some undisclosed documents.

“A significant negative impact that would be generated by any admission of oppositions in the court is that Hidroelectrica would be forced to reenter into the 11 bilateral agreements, with the eefect that the contractual relations would resume, at prices and in terms stipulated in these contracts, some of which expire in 2019. Resumption the contracts while they were closed would be likely to lead to Hidroelectrica’s bankruptcy, as the prices in bilateral contracts are significantly lower than the cost of production, which excludes any chance of profits for Hidroelectrica. In such a situation, Hidroelectrica might be exposed to a additional payment of compensation – the amount requested by traders is 1.3 billion lei”, says the cited document.

By accepting appeals to the decisions that have rejected the energy traders’ opposition to insolvency procedure would lead to revoking all the actions taken during the insolvency period: the termination of bilateral contracts, renegotiating contracts for the sale of electricity and commercial contracts, resizing the organizational chart, reducing benefits to employees, sales of energy on the OPCOM markets, reducing the cost of maintenance and services performed by Hidroserv, merging of the Hidroserv branches, merging some branches of Hidroelectrica, renegotiation of energy volumes and of the regulated price set by ANRE.

The document says that insolvency was opened as Hidroelectrica could not pay its debts. Concerning the bilateral agreements, the document shows that they were terminated because of the injurious impact on Hidroelectrica and given that in 2012, there was an excess of contracted energy, in the amount of 20 TWh, while the output was of 11.8 TWh. Selling energy through direct bilateral contracts provoked losses of between 110 million lei and 1.2 billion lei.

Comparing the revenues obtained by Hidroelectrica through bilateral contracts with those that could be obtained by selling the same quantity in DAM it results for the period 2006 – May 31, 2012 a loss of

Euro Insol revealed in a public report on the causes of Hidroelectrica’s insolvency company that bilateral contracts for energy sales generated losses of 1.2 billion euros in the period 2006-2012, due to the fact that beneficiaries purchased electricity at low prices.