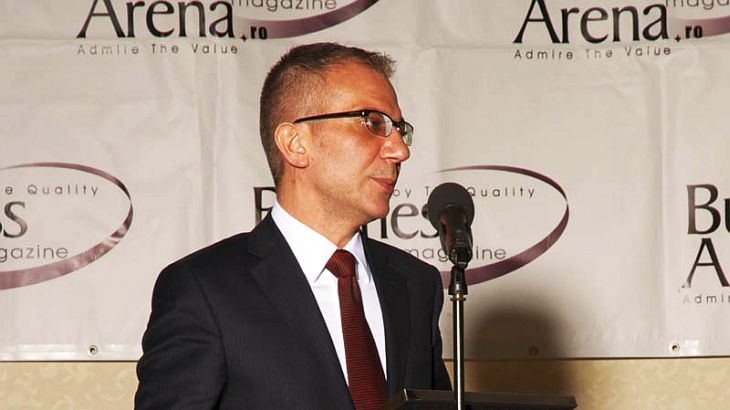 Romanian import-export bank EximBank set up of the Romanian Association of Exporters (AREX), a project that aims to help promote the Romanian companies completing international transactions and to consequently reinforce Romanian companies’ presence on the external markets. Companies such as Grup Servicii Petroliere (GSP), Adrem Invest and  Romcab announced joining the newly-established association.

„We consider that EximBank is currently undergoing a development phase that allows for its positioning as a coalition factor for the Romanian exporting community. As a result, the bank has started to set up an association dedicated to the exporters, which will increase their representation and coherence at an associative level”, stated Traian Halalai, President of EximBank (photo).

”The premises of this project have been the economic tendencies and specifically the trends in commercial international transactions, topped by the feedback we received during meetings we organized with representatives of the business community who, for the most part, claimed the necessity of a shift in perspective for this important segment of the Romanian economy”, said Halalai.

AREX will facilitate opportunities outside Romania

As the project initiator, EximBank takes upon itself the setup and functionality aspects of the Romanian Association of Exporters (AREX) whereas participation to this project is open to any exporter, exclusive of any financial contribution.

AREX will offer to its member companies access to information regarding business opportunities outside of Romania, expedite participation to international business events and/or official economic missions, access to information material and analyses/ market studies and a frame for network development and communication.

To EximBank, AREX will constitute yet another channel for putting into practice the bank’s role as stated in its legal status, namely the role of sustainer of the Romanian business environment and international transactions, said Traian Halalai.

GSP, Romcab and Adrem Invest, members of the association

EximBank’s initiative is backed by the business environment, a number of Romania’s most important exporting companies having expressed their intention to join and become founding members of AREX.

„For many years on end, multinational companies have dominated the local business, but we notice that the balance tends to equilibrium, with Romanian companies becoming more active in the economy of the region. We think that this process can be accelerated and we are determined to sustain Romanian companies’ expansion outside the boarders. For this reason we join EximBank’s initiative to set up the Romanian Association of Exporters”, said Gabriel Comanescu, President of Grup Servicii Petroliere (GSP).

The GSP representative remarks that the AREX project will allow long-standing exporters such as the company he represents to share their experience in order to strengthen the Romanian companies.

„I said it before and I say it now, with the risk of being called a nationalist: It is my belief that we, Romanians, do not know how to love Romanian companies, and that is why I believe we need this new project to protect and encourage Romanian capital to perform outside the country’s boarders”, added Gabriel Comanescu.

In his turn, Adrian Bodea, President of Adrem Invest, stated that he backs EximBank‘s project to establish this new association of Romanian exporters because „we believe it is time for exporting companies to start aiding each other, especially under the current economic conditions”.

„We are facing a paradox: outside the country there are major projects and, at the same time, there is an acute shortage of Romanian companies to execute these projects. This is so not because they would not be capable of completing them, but because the companies do not have access either to information or to specific expertise.  We believe that AREX, that will bring together the most important Romanian exporting companies, will be able to do this for the Romanian businesses which mainly function after the adage”, added the President of Adrem Invest.

„Any company wanting to carry on needs investment and, as such, investments represent an obligation, a necessity. I think this principle from economy applies to the local exporters’ community also, which, if seeking to continue, needs to invest in itself. We want to be a founding member of AREX because we are convinced that by it we will be able to make important investments for the modernization of the local business community, investments more than necessary in a context where the new international business environment favors innovative organizations, able to do networking and to rapidly connect to markets and information”, asserted Zoltan Proszer, President of Romcab’s Administrative Council.

The establishment procedures for AREX are currently advancing and the association is due to be effective as of this spring.

previousHidroconstrucţia takes a syndicated loan of 60 mln. euro from a BRD-led consortium
nextSOCAR to increase share capital of Romanian division by 35 million euro