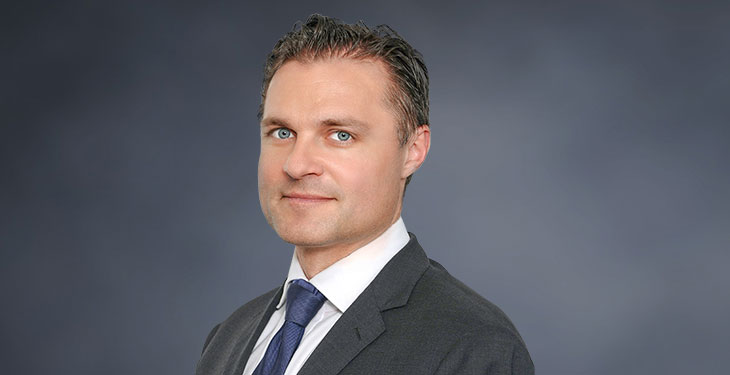 Romania faces a pushback in the corporate governance of the state companies, in the current political regime. There is a concerning intention to change the corporate governance law, currently under discussion in Parliament, that may allow corporate governance to become optional. Interim appointments, done in a non-transparent manner, also affect the companies’ future: there’s not enough time for long-term planning. “The practice of interim mandates should cease as soon as possible, but not in a questionable manner, for instance by putting in charge of SOEs (state-owned enterprises – e.n.) the same type of people appointed according to political affiliations”, tells energynomics.ro Magazine Greg Konieczny, CEO, Portfolio Manager of Fondul Proprietatea (FP), in an exclusive interview.

How did FP contribute to reducing the political influence in companies it owns shares in?

We have been fighting for corporate governance in Romanian SOEs since the day we began managing the Fondul Proprietatea. In 2011, Emergency Ordinance 109 was a clear sign that corporate governance principles are not shallow words and that Romania’s political leadership understands the need for such regulations. Undoubtedly, there is still much more to be done before seeing these provisions put into practice, especially as we see these days a clear pushback in this regard.

What is extremely concerning is the intention to change the corporate governance law, currently under discussion in Parliament, so as to make it optional for the Government whether to implement the law’s provisions or not in various companies.

Nevertheless, if we look at public opinion trends in Romania, we witness an increasing belief that there should be a clear separation between political activity and professional management of state owned companies. Public awareness of the importance of such regulations and public support for seeing them implemented will ultimately have a say on the actions of any government. Change never occurs overnight, and we are aware that the fight for corporate governance is greatly needed for the wellbeing of the SOEs.

What are the consequences of the political appointments in the last period in the state-owned companies, especially in the energy field?

More than 80% of the Romanian energy sector is owned by the state and Fondul Proprietatea is a minority shareholder in the top three energy producers in Romania: Hidroelectrica, Nuclearelectrica and CE Oltenia. It is of utmost concern to us that these companies are run in a transparent manner, focused on profitability, by professional board members and directors, whose experience and expertise give confidence to investors. And this is what the law on corporate governance stipulates.

Unfortunately, and I am especially referring to Hidroelectrica, we have seen a succession of interim mandates – as short as four months for boards and one month for directorates. Moreover, the people holding management positions were not appointed in a transparent manner, through competitive selection processes, and they often have relatively little or no experience in the energy sector.

The hazardous consequence of such political appointments is that these people can’t elaborate long-term development plans for the company and have no expertise to assess the profitability of a certain investment decision. Moreover, whatever they decide can be reversed in a couple of months by another interim board or directorate.

Generally, all businesses need long term predictability, yet in the energy sector the lack of stability can have dire consequences and bring a profitable company on the brink of insolvency very quickly.

How are the state-owned companies going to succeed fulfilling their commitment in investments, as the state keeps drawing money out of them?

Soon after we began managing the Fondul Proprietatea, we became aware of these vivid – but not always justified – discussions around the investments that SOEs should make. Last years have proven to us that there were many instances when these companies made investment plans just for the sake of making them. Better said, the so-called investments were conceived as a form of gratification for political clients – by awarding various contracts.

There are many cases where SOEs signed overpriced and unnecessary contracts and Hidroelectrica is a textbook example in this respect. It has one of the most modern hydro aggregate fleets, but any annual budget discussion starts with the amount that should be spent on maintenance and refurbishments.

But do these investments generate returns? This is the question that boards should answer to and be concerned less whether the Romanian state, or any other shareholder for that matter, decides to collect higher dividends. If an investment is profitable, there will surely be ways to finance it, such as a bank loan or an IPO.

What should the next step be, after the temporary board appointments, in these companies?

The practice of interim mandates should cease as soon as possible, but not in a questionable manner, for instance by putting in charge of SOEs the same type of people appointed according to political affiliations rather than competence.

Fully mandated boards and directorates should be appointed after thorough selection processes. The new board members and directors should first set the strategic priorities of the companies, according to the shareholders’ decisions. Then they could approve investment plans and identify financing sources, among which money brought by an IPO could represent a very cost effective solution.

It’s not rocket science. These steps have been constantly proven their effectiveness in companies around the world. If corporate governance provisions are followed through, the premises for a sound development of a company are set in place. Then shareholders could aim higher and the next natural stage in the evolution of a company could be accessing the capital market through a listing.

What about the new terms proposed for Hidroelectrica‘s listing?

Our preferred strategy for Hidroelectrica remains an IPO, but the option of selling a part of our stake can be combined with a listing, with aim to maximize the value of Hidroelectrica for our shareholders.

We are aware of the state’s intention to list 10% of Hidroelectrica in 2018, yet it is too early to anticipate whether this is actually going to happen. We would like to see more clear actions that follow such statements. In case there will be more visibility about Hidroelectrica’s IPO in 2018, we will re-assess the situation at that point.

It is also worth noting that a 10% stake will not be enough for the Romanian Stock Exchange to meet the liquidity criteria for a MSCI upgrade to emerging market status.

How did FP’s portfolio evolve this year, what were the major energy transactions, and how did the NAV evolve? What are the future asset sales planned?

According to the latest available data, on 29 September 2017, the NAV of Fondul Proprietatea stood at RON 10.61 billion (EUR 2.31 billion). But the value was calculated before closing the sale, at the beginning of November, of our participations in Electrica distribution subsidiaries, a deal totaling RON 752 million.

The process of reviewing our strategic options in regards to our stakes in Enel and Hidroelectrica is currently ongoing. Such a process requires careful analysis, over a lengthy period and there is no absolute guarantee that it will end up with closing a deal. But it is our duty to our shareholders to constantly look for the best ways to maximize their gains.

How do you see pension funds crisis affecting your portfolio shares as well, as well as the entire Bucharest Stock Exchange? How about just the energy portfolio?

It is our firm belief that pension funds will continue to be key players on the Romanian capital market and Romania has a good opportunity to act differently from Poland and Hungary.

In order for pension funds to find more opportunities on the Romanian market, listings should become more frequent, whether we speak about SOEs – such as Hidroelectrica, Aeroporturi Bucureşti, Salrom – or private companies.

It is essential for pension funds to invest the money of their Romanian contributors in Romanian companies, thus all Romanians would benefit, since these companies would increase their contributions to the state budget.

However, without a development of the Romanian capital market, it would be a pity to see pension funds being forced to seek investment opportunities abroad.

What should Romania do to preserve a long-time coveted corporate governance in the state companies?

First and foremost, the current Law no. 111/2016 on corporate governance should remain unchanged. As I previously said, the proposed amendments under discussion in Parliament have a potentially detrimental impact on the way state-owned companies are managed. Even though we witnessed, throughout 2017, that the implementation of corporate governance legislation has been deteriorating, changing the law itself would represent an extremely damaging decision, leaving its mark on the economic results and the positive results achieved by these companies in the last six years.

In regards to a better implementation of the law, there’s plenty of room for improvement. For instance, despite the numerous breaches of corporate governance, that Fondul Proprietatea has always signaled promptly, the State authority which is legally entitled to sanction them, the Ministry of Finance, has remained idle in this respect.

The Ministry of Finance is responsible for issuing fines to those who break the law on corporate governance, yet it has taken no action for the past six years.

This interview firstly appeared in the printed edition of energynomics.ro Magazine, issued in December 2017.

previousThe Ministry of Environment promises the National Waste Management Plan will be ready by the end of this year
nextRomgaz Director, Virgil Metea, fired 6 months after confirmed for a new four-year term