Germany will accelerate plans to reduce its dependence on Russian gas 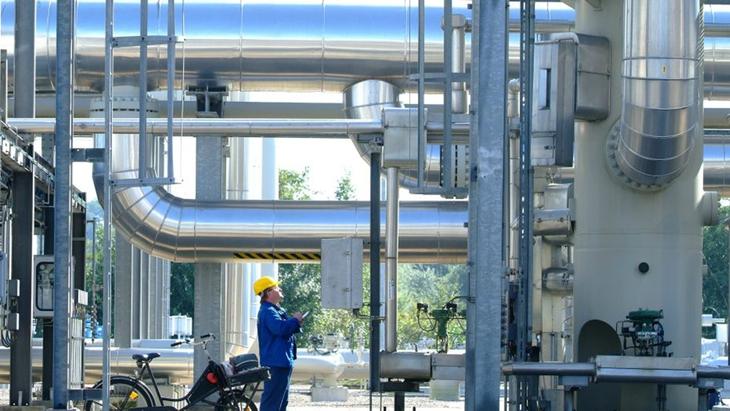 Germany will implement plans to build two new liquefied natural gas (LNG) terminals and also increase its natural gas reserves to reduce its dependence on Russian gas in the context of the invasion of Ukraine, German Chancellor Olaf Scholz said on Sunday.

“We will do more to ensure our country’s security of energy supply,” Chancellor Olaf Scholz told lawmakers in a special session of the Bundestag on the crisis in Ukraine. “We need to change our policies to meet our dependence on imports from a single energy supplier,” added Olaf Scholz.

Germany has long been pressured by other Western states to become less dependent on Russian gas, but with Berlin’s plans to shut down all nuclear power plants by 2024 and all coal-fired power plants by 2030, available options have been severely curtailed.

Earlier this week, German authorities suspended procedures for authorizing the Nord Stream 2 pipeline, an 11 billion dollars project that would have doubled Russian gas supplies to Germany in response to Russia’s actions in Ukraine.

“The events of the last few days have shown us that a responsible and forward-looking energy policy is crucial not only for our economy and our environment. It is also crucial for our security”, Olaf Scholz said. The sooner Germany can expand its renewable energy generation capacity, the better, the German chancellor said.

In addition, Germany will increase its natural gas storage capacity by two billion cubic meters via long-term options and will purchase additional quantities of natural gas from world markets through coordinated actions with the European Union, Olaf Scholz said. Germany has an underground natural gas storage capacity with a total volume of 24 billion cubic meters, but they are currently 30% full, according to Gas Infrastructure Europe.

Olaf Scholz also announced on Sunday that Germany would soon build two liquefied gas terminals at Brunsbuettel and Wilhelmshaven. The German chancellor has expressed support for the construction of liquefied gas terminals since his time as finance minister in the previous government, but so far no significant progress has been made.