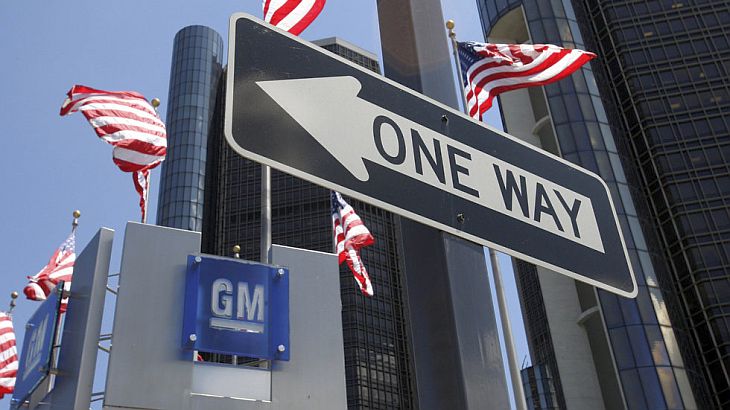 General Motors is developing an electric car that can go 200 miles on a charge for around $30,000, officials at the largest U.S. auto maker said, offering a challenge to luxury electric-car startup Tesla Motors Inc.

Doug Parks, GM’s vice president of global product programs, disclosed the effort on Monday at GM’s battery laboratory and test facility in Warren, Mich., but didn’t say when the car would be available. He said while the technology is available now, the cost of the batteries remains too high to be able to pull off the feat today.

GM’s move to raise the profile of its battery research efforts comes as Tesla is challenging the established auto industry’s claim to technology leadership with its $70,000 and up Model S. Mr. Parks’ comments came just a few days after Germany’s Volkswagen AG said it intended to become the largest seller of electric vehicles by 2018.

The number of electric and plug-in hybrid vehicles for sale in the U.S. has more than quadrupled to 15 vehicles since 2010 as auto makers roll out new models to comply with government mandates. But sales of electric and plug-in hybrid vehicles account for less than half of one percent of the overall market, despite price cuts, discounted leases and government tax incentives that can add up to as much as $12,500 a vehicle depending on the state. 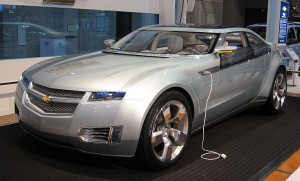 GM has sold nearly 15,000 of its battery-powered Chevrolet Volt cars this year through August, aided by incentives and discounts.

Nissan’s approach is to argue that extending the range of electric vehicles to 200 miles isn’t worth it because most people don’t drive farther in a day than the Nissan Leaf’s 75 miles of all-electric range. The Leaf costs $28,800 in the U.S. before federal tax credits.

Tesla is the lone auto maker to offer long-range electric vehicles with its Model S—and Tesla still hasn’t shown it can steadily make money selling them.

Tesla Chief Executive Elon Musk said recently that “it didn’t require a miracle” to sell a 200-mile range electric car for around $35,000 in the next three or four years.

Every other EV currently on the market gets about 100 miles of range or less. Starting prices for them currently range between $25,000 for the Smart Fortwo EV and $50,000 for the RAV4 EV. BMW’s i3, launching later this year, is expected to start at $41,350.

Kevin Gallagher, a chemist and researcher at the Department of Energy’s Argonne National Laboratory, said auto makers are spending about $500 a kilowatt hour on battery packs. That means the 24 kwh pack on the Nissan Leaf would cost around $12,000. Last year, Ford CEO Alan Mulally said the battery on the Focus EV with 23 kwh of energy costs between $13,000 and $15,000.

Tesla Chief Technical Officer JB Straubel says the company’s battery costs are half or even a quarter of the price of the industry average, partly because of the company’s strategy to use thousands of commodity battery casings rather than the specialized batteries that GM and Nissan use.

“The battery prices in the Model S are substantially lower than what everyone expects today,” he said in an interview. Mr. Straubel expects the energy density in Tesla’s batteries will increase by more than 20% by the time Tesla’s mass-market car comes out in about four years. More energy in batteries should equate to longer driving range for roughly the same price.