Acasă » Oil&Gas » Gehrig Schultz, EPI Group: Oil and gas still have a role to play in the future energy mix

Gehrig Schultz, EPI Group: Oil and gas still have a role to play in the future energy mix 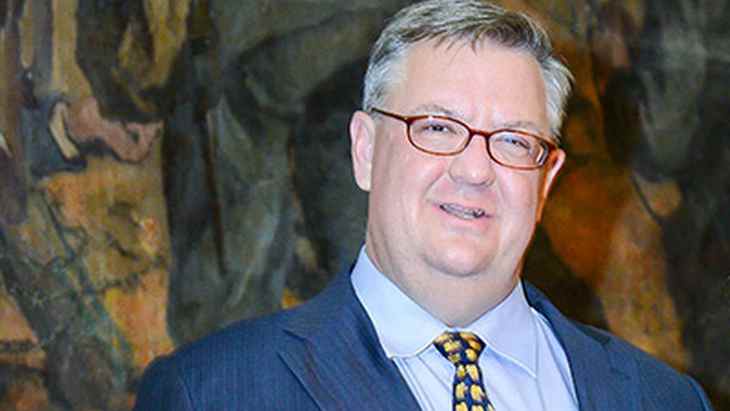 As the world pushes for the quick replacement of fossil fuels with renewables, we have to think about how this transition can be done in order to provide an equitable energy market that supplies energy to all the consumers as well as still being profitable, providing taxes and money to the state and meeting the climate goals. Oil and gas will still be a part of the solutions in the future, argued Gehrig Schultz from the EPI Group, at the conference “O&G – answers for today, answers for tomorrow”, organized by Energynomics.

„We are talking about displacing 65% of our fuel sources if we truly go carbon neutral by 2050 by eliminating coal, wood, biofuels, or gas. At the same time, electricity demand is growing worldwide and coal consumption and coal energy generation are increasing. Even though renewables are increasing the amount of energy contribution to the energy mix, the deployment times are long. Offshore farms need 7 to 10 years to be brought online after getting the original license. Even though renewables are growing exponentially they won’t overtake the [O&G] contribution to the electricity markets until after the goal time of 2030. It’s a pretty tough challenge. How do we do this? Well, there are some answers to the future”, Schultz stated.

According to Schultz, the „astronomical gas prices” are caused by the gap existing in the production sector. On one hand, renewables are variable sources of energy and therefore we need reliable constant baseload generation, and this can be provided by gas-fired power plants and nuclear reactors. But, the most recent nuclear reactors are 17 years behind schedule and several billion euros over budget.

„Oil and gas still have a place in this market and it’s going to be very complex because we can add solar and wind but that’s a variable component and this is one of the problems of the high cost of electricity in Europe. We have to have gas plants and nuclear reactors on standby to immediately start producing electricity when the wind stops blowing or wind clouds pass over”, Schultz stated, adding that even the best development oil and gas projects are challenged in raising funding in European and North American markets unless they have a viable strong and real ESG component.

On the other hand, outsourcing gas supply to unreliable partners and depending on a single gas supplier is a high risk to the economy and to energy security and probably „to our well-being this winter”. „This is the most significant thing we have to admit and understand”, Schulz said.

According to Schulz, geothermal energy is an almost every place solution and it only has one problem: once it is produced, it has to be used on-site, because it’s not fit for transportation on large distances. Another alternative for fossil fuels is hydrogen but the problem with this fuel is that it contains much less energy than natural gas.

„We are going to have a lot of volatility as we go up. There is a lot of talk about hydrogen but hydrogen does have some problems in terms of volumes; at any temperature and pressure, it probably has a little bit less than one-quarter the energy content of natural gas. Another way to put it is you have to store four times as much to have the same number of kilowatts. Even if the world is going to look a lot different in the future, all these alternative solutions will have to be augmented by natural gas as part of each nation’s energy mix and it becomes more and more important for countries to start looking at natural gas and oil as part of their energy security solution”, Schulz added.

“O&G – answers for today, answers for tomorrow” conference was organized by Energynomics, with the support of its partners: ACE Industrial Software, Romgaz, Schneider Electric.

previousRomania has the resources to alleviate the current energy crisis
nextDepogaz will invest in existing deposits, a new deposit in Fălticeni and in renewables