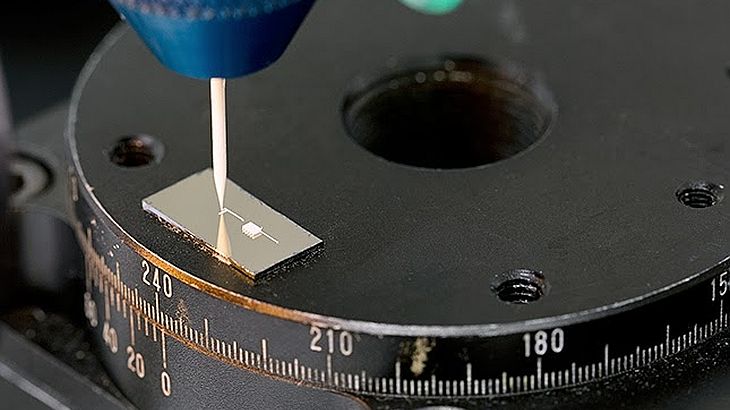 General Electric (GE) Oil & Gas, one of the divisions with the fastest growing in GE, will begin 3D printing of metallic fuel injectors for gas turbines and other components, which, according to company estimates, will go into production next year, investment amounting to 100 million dollars.

Currently, workers use traditional processing tools such as milling, to remove material from the parts during production and to obtain the final form. On the other hand, the three-dimensional printing techniques and other additive manufacturing build articles from a digital file, layer by layer.

The method allows engineers to design lighter components, with features and geometries, most of the times, that are impossible to achieve by conventional methods. Also, the waste generated is reduced by cutting pieces of larger blocks of material.

Hongqiang Chen, principal engineer in laser processing for GE Global Research (GRC), said: “Advanced manufacturing is a reality and we begin to see laser technologies that turns from ordinary instruments to specialized applications used by workers in the hall production”.

Also, the engineers at GE Power & Water are also testing printed parts for gas turbines. Engineers use the technology to reduce the time required to design and study new ideas. Another example is GE Aviation, a division which last year acquired Morris Technologies, a leading producer through 3D printing.

Aviation unit already produces fuel injectors for LEAP aircraft engines of new generation. Each engine shall be provided with three-dimensional 19 fuel injectors made from a cobalt-chromium alloy materials like hip and dental implants. The new injector is 25% lighter and up to five times more durable than current injectors, which need 20 different components to be assembled. GE Aviation engineers have begun testing the first 3D LEAP engine injector, printed in the Peebles Unit Test in Ohio.