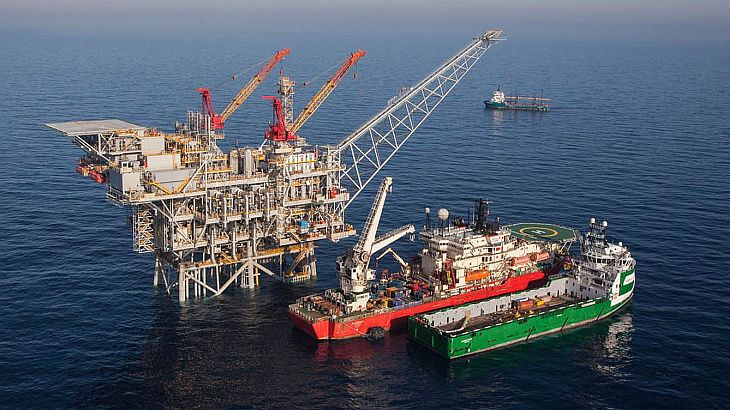 Russia’s military intervention in Ukraine is bolstering the case for easing restrictions on exports of the U.S.’s booming natural gas production, according to energy analysts and industry groups quoted by Bloomberg.

Russia, the world’s second-largest producer of natural gas after the U.S., twice since 2006 has cut supplies of the fuel to Ukraine, a conduit for energy to Europe. Greater access to U.S. supplies would blunt the ability of Russia to use energy as a weapon, according to supporters of lifting export curbs.

“One immediate step the president can and should take is to dramatically expedite the approval of U.S. exports of natural gas,” House Speaker John Boehner, an Ohio Republican, said in a statement.

President Vladimir Putin said during a news conference that Russia is canceling the price discount on natural gas for Ukraine because it owes money to Russian gas giant OAO Gazprom. (OGZD) At the same time, President Barack Obama’s administration is preparing a financial-assistance package for Ukraine that would include $1 billion in loan guarantees to help the nation offset reduced energy subsidies, according to a White House statement today.

U.S. producers and industry groups see the regional tensions as another reason to speed approval of pending LNG-export permits.

“Having more of our gas reach the market will reduce volatility and provide diversity,” Karen Harbert, president of the U.S. Chamber of Commerce’s 21st Century Energy Institute, told reporters today on a conference call. The institute released a report citing Ukraine has having the least energy security among the top 25 energy-consuming nations.

American companies need the U.S. Energy Department’s permission to export liquefied natural gas to countries that lack a free-trade agreement with the U.S., such as those in the European Union. LNG-export projects also need to pass a Federal Energy Regulatory Commission environmental and safety review.

The Energy Department is weighing approval of at least 24 applications from companies including Cheniere Energy Inc. (LNG) and Kinder Morgan Inc. (KMI) to export the liquefied version of the fuel in tankers after approving six applications since 2010, including five within the past year.

“The department remains committed to an expeditious and responsible process,” William Gibbons, an Energy Department spokesman, said today in an e-mailed statement. He said the agency will continue its review of LNG-export applications on a case-by-case basis, taking into consideration economic, energy security, environmental and geopolitical effects.

While Ukraine has been in a state of political unrest for months, the situation became particularly tense over the weekend after Putin sent troops to occupy Crimea, a peninsula in southeastern Ukraine where pro-Russian sentiment is high.

“American natural gas can ease the vulnerability of the region to supply constraints,” Dan Whitten, a spokesman for America’s Natural Gas Alliance, a Washington-based industry group, said in an e-mail. “We hope and believe that some of our abundant natural gas can make its way to our friends in Europe to reduce this vulnerability.”

The Obama administration is brokering a trade deal with the 28-nation European Union, though the talks are still in relatively early stages, and negotiators don’t expect a deal until at least the end of the year. The U.S. doesn’t have free-trade deals with Ukraine or Russia.

While the U.S. didn’t expedite liquefied natural gas export permits after Japan’s nuclear disaster in 2011, Russia’s intervention in Ukraine has already begun to shape the energy and trade debate on Capitol Hill.

“The Department of Energy’s approval process for LNG exports is unnecessarily putting our allies at the mercy of Vladimir Putin,” House Energy and Commerce Committee Chairman Fred Upton, a Michigan Republican, said in a statement. “Now is the time to send the signal to our global allies that U.S. natural gas will be an available and viable alternative to their energy needs.”

Senate Finance Committee Chairman Ron Wyden, an Oregon Democrat, plans to ask Treasury Secretary Jacob J. Lew at a panel hearing tomorrow how U.S. trade and investment can be used to respond to Russia’s actions in Ukraine, Keith Chu, a committee spokesman, said in an e-mail.