Acasă » Oil&Gas » Furnizare » From 2021, the reference gas price will be calculated by ANRM based on the transactions in Romania

From 2021, the reference gas price will be calculated by ANRM based on the transactions in Romania 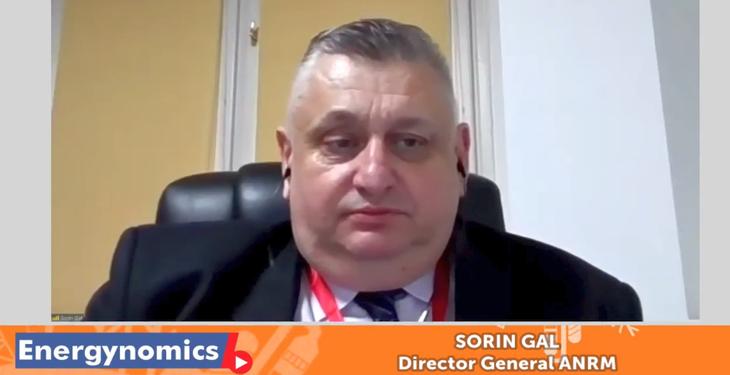 At the beginning of 2021, the National Agency for Mineral Resources will amend Order 32/2018 to introduce as reference the transactions on the Romanian domestic market, and not the transaction prices on the hub at CEGH Vienna, as is the case now, Sorin Gal, director in NAMR, has announced.

„In 2018 when Order 32 was issued, we set a reference price linked to the Vienna hub. At the time there were very few transactions in the market and most of them were bilateral transactions that were not 100% transparent,” reminded Sorin Gal, General Manager of the Directorate General for Management, Evaluation and Concession of Oil Resources/Reserves. “Today we have a mature commodity exchange, which has well gone through this episode of the pandemic, is flexible, develops and brings important volumes [to trade]. In early 2021, about three years after the issue of Order 32 in 2018, we will modify this order and benchmark to domestic transactions in Romania”, announced Sorin Gal, at the conference “Oil and Gas industry – What works, what can we do better”, held by Energynomics.

He explained that this a decision which is fully in the hands of NAMR; it will be introduced by Order signed by the president of the Agency, based on documentation made by the General Oil Department and the Control Department.

Volumes produced and consumed in Romania

At the same conference, Spencer Coca, president-in-office of ROPEPCA showed that almost 90% of Romania’s natural gas consumption is domestic production. Moreover, “for each MWh produced and sold locally, 37% constitutes income of the companies, which are part of the national economy, and 63% is paid directly to the state budget. For each MWh of gas imports, 81% is the revenues of foreign companies and only 19% goes to the state budget,” Spencer Coca said.

The reference to the prices set in the Vienna hub has been strongly criticized by industry for not being related to the realities of the local market, because it is in contradiction with the Oil Law No 238/2004, which provides for in Article 49 (2), that the ‘oil levy shall be established as a percentage share of the value of the gross production extracted`, because it is not applicable to long-term contracts subject to other terms and other price formation mechanism and because by providing a reference price which is linked to an external market and which goes beyond the internal market level, internal market gest “a signal which cannot be in the interest of consumers” (in the wording of the ROPEPCA).

At turn, Septimiu Stoica, the president of the General Shareholders Meeting of the Romanian Commodities Exchange, presented the data on the evolution of the natural gas transactions. “On our main forward market we had several peak months – March (8 TWh) August (9 TWh) – and in total in 2020, by mid-November, almost 39 TWh. On the spot market, we had a few peaks, in March, for example, with an annual total of 5,5 TWh. In total, over 44 TWh were traded on BRM platforms”, said Septimiu Stoica. The value represents a little more than Romania’s total gas consumption in two winter months or the total gas consusmption for the interval April-September in a regular year.

The figures presented by Septimiu Stoica claim that we have a market benchmark at internal level, the one derived from the transactions concluded in Romania. The NAMR decision would encourage an increase in volumes traded on regulated gas markets, which would strengthen the relevance of domestic price levels.

For Mr. Havrilet. What is the curent status and perspectives for the Government program to encourage building new gas distribution networks? There are some worries derived from ignoring effciency principle in the present form of this program. How do you see them?