Acasă » Renewables » Florin Pop (EnergoBit): The second wave of renewables is based on photovoltaic projects

Florin Pop (EnergoBit): The second wave of renewables is based on photovoltaic projects 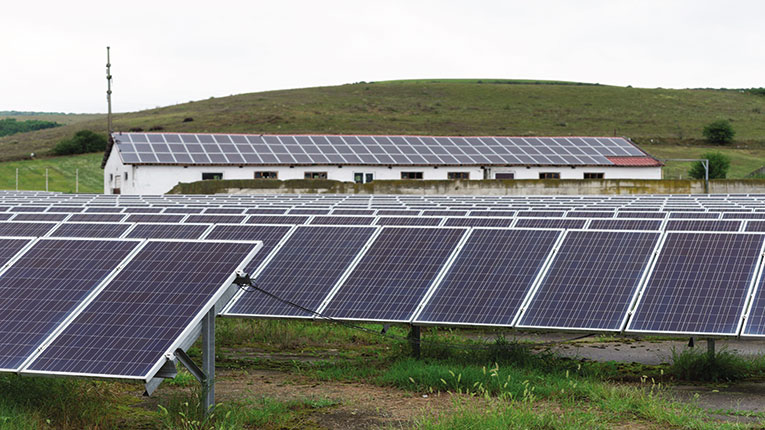 The EnergoBit Group is already part of the new wave of renewables in Romania, confirmed the general manager Florin Pop, at EnergynomicsTalks, in a dialogue about the development potential of the production value chain in the Romanian energy industry. At present, EnergoBit is involved in a total of 10,000 MW in projects in different stages. Of these, “approximately 2,500 MW have already passed the stage of obtaining the technical connection authorization”, stated Florin Pop. 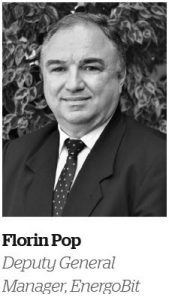 Beyond this option, the company’s experts insist on the need to develop interconnection capabilities with the surrounding countries. “Storage allows you to be independent in a geographical area, but the 21st century is characterized by strong globalization and interaction,” said Florin Pop, noting that the first wave of renewables in Romania was dominated by wind technology and was concentrated in few areas of the country. “Now, there are more photovoltaic projects and they are distributed throughout the country. There are many projects in the west, in the north, in Transylvania, where we have a very, very large production deficit… I mentioned it before and I believe very, very much in the importance of interconnection. The big problem is the peak hours, when consumption increases greatly. But the peak demand in Romania is one hour behind Hungary or Austria. The peak demand in Romania is 2 hours or 2 and a half hours behind Germany. At a time when you have a highly developed long-distance electricity transmission network, as is the case in the northern part of the continent (Norway, Denmark, Sweden, the United Kingdom) or in the far west (Spain, Portugal, France), you can, theoretically, to operate on several hourly intervals with peak demand covering the needs of your eastern and western neighbors.”

There are clear signs that the companies from EnergoBit group will play a significant role in the next years of developing the production capacities of energy from renewable sources, after the one they played in the first wave. “During the years 2009-2014, approximately 3,000 MW in wind capacity and approximately 1,4000 MW megawatts in the photovoltaic sector were installed in Romania. EnergoBit was involved in the realization of renewable energy projects that totaled more than 2,000 MW, mainly in the wind field, but also in photovoltaic projects “, recalled Florin Pop. The name EnergoBit was associated at that time mainly with the Fântânele-Cogealac project, the largest onshore wind farm in Europe for a decade. Since then, the company also operates an energy dispatch center in Constanța through which several production units are managed remotely. “What we propose to our partners is not just a one-time project, but a twenty-year collaboration”.

The EnergoBit Group has four major business lines, including production in two factories. “We currently produce medium and low voltage electrical equipment, including prefabricated concrete tire substations, ultra-low loss distribution transformers, medium voltage cells, primary and secondary distribution and, of course, a wide range of electrical distribution, automation and SCADA switchboards”, stated Florin Pop. Romania has good prospects for developing the industrial production chain for the energy industry, according to the EnergoBit official, “because there is intelligence, and we can find qualified personnel”. Romania is still suffering from the effects of decisions taken in the 1990s and early 2000s, when major players in the energy sector developed production capacity in countries such as Poland, Hungary and the Czech Republic, as these countries have benefited more quickly from PHARE mechanisms and from the accession to the European Union. “Today, these production capacities cover their domestic markets, and some components even reach Romania”, Florin Pop underlined.

We can think of producing wind turbines and photovoltaic panels in Romania, as well as all the other elements needed. “For a photovoltaic project, the cost of the panels represents maybe 50% of the value of the investment. If we include the value of the land and the development costs, the panels can be even less than 50%. But there are many more components, there are cables, for example, that we produce in Romania. We can think about the development of power electronics, but we must not ignore the intelligence that is needed in the preliminary stages, the preparation of projects – design, studies, etc. Then, Romania has very well developed resources in the software area, which in a photovoltaic project, for example, is responsible for automated control and remote operation”, said Florin Pop.

The second department in the EnergoBit group is responsible for electrical engineering and excels in “solutions for measuring, metering and analyzing the quality of electricity, in protection solutions and in SCADA solutions”. The third major department brings together general contracting activities in the field of electricity. “What we are trying to do is more than just presenting ourselves to the partner with a team of project managers, but to cover as much as possible of the complex life of a large project. We have developed within the company design capabilities, energy audit capabilities, power generation, electrical engineering solutions and we propose our own execution teams. After completing a complex project, we stay beside the final beneficiary and offer our services for operating and servicing the energy installations.”

Everything we want, we need and dream of doing depends on energy, and the security of the energy system and energy independence must be treated as national priorities, concluded Florin Pop, in whose opinion the energy sector has coped brilliantly with the pandemic period, against all the challenges. “I believe that the effects of the war in Ukraine have not yet been felt in Romania. The problems of the last months, in the supply chains and in the realization of the projects, are still determined by the pandemic of COVID-19. Unfortunately, in the near future we will feel more strongly the impact of the war in Ukraine”, warned the general manager of EnergoBit.

This interview first appeared in the printed edition of Energynomics Magazine, issued in June 2022.

previousDaniel Naftali: Hidroelectrica could be listed by the end of this year
nextARIR – Legislative priorities for the capital market development