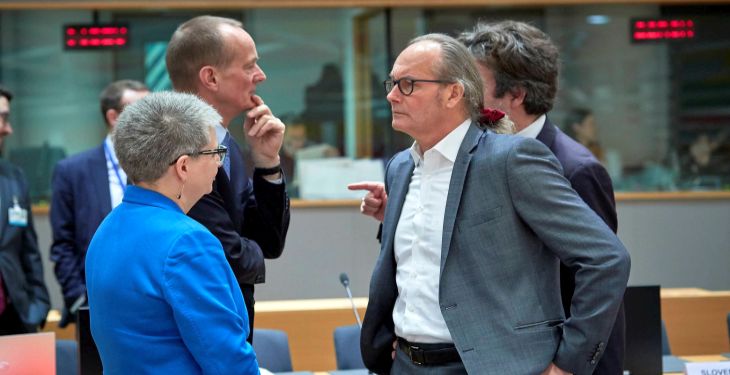 The European Union’s 28 energy ministers had their first public debate on the European Commission’s 2050 climate plan on Monday (4 March) but five member states derided the lack of a 100% renewable energy scenario among the EU executive’s proposed options.

The Commission’s Clean Planet for All strategy, which debuted in November 2018, offers EU countries eight different emission-cutting scenarios to make Europe’s economy compliant with the Paris Agreement on climate change by mid-century, according to Euractiv.com.

EU member states are expected to dissect the plan and decide what option they want to adopt this year.

Luxembourg’s energy minister, Claude Turmes, kicked off proceedings by telling his colleagues that “you can forget six out of eight of the scenarios”, dismissing them as inadequate to stick to the Paris deal. Turmes also criticised the other two options, which aim for net-zero emission cuts by 2050, for lacking transparency and urged the Commission to reveal the figures and statistics behind its conclusions.

“The Juncker Commission is suggesting that we should build 50 or 60 new nuclear reactors by 2050. It’s not a good neighbourly policy with which to threaten EU citizens,” said the former member of the European Parliament from Luxembourg.

He added that the lack of a 100% renewable energy option is also problematic and suggested that an honest debate about the EU’s future energy and climate policy cannot be held while the strategy is “incomplete”.

A few member states, including Spain, have already announced that they are aiming for a completely renewable electricity system, but Turmes was referring to a 100% renewable energy system, which includes heating, cooling, transport and other drains on power.

The Luxembourger was joined in his call by his Austrian, Irish, Lithuanian and Spanish counterparts, while Finnish minister Kimmo Tiilikainen said his country aims to use its stint in charge of the EU presidency later this year to adopt conclusions.

EU governments effectively have carte blanche to do as they wish with the Commission’s document, as it is not a legally binding text.

previousRomgaz Energie and Titan Power were set up, companies dedicated to state investments
nextBulgarian Energy minister: Technology for construction of Belene NPP is the most modern and reliable