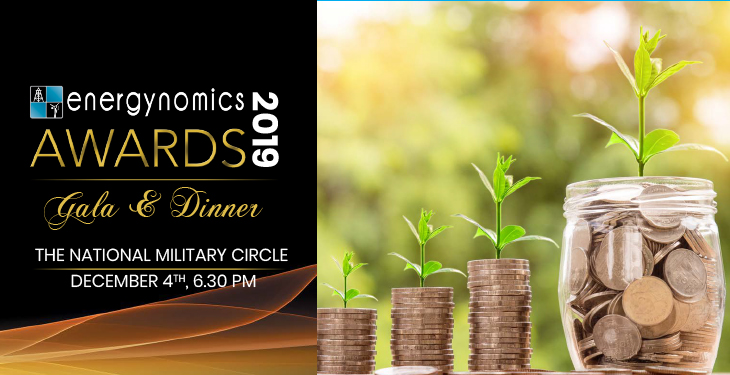 We continue to present the 2019 nominations for the energynomics.ro Awards, with the Financing of the year category. Only one of the projects below will be rewarded during the Gala from December 4th, but every company and everyone involved in these projects deserve our respect and the widest promotion. We thank all the companies and personalities involved in this effort to draw the image of the Romanian energy industry in 2019 through its achievements!

The Romanian Energy Efficiency Fund – FREE has granted Denisson Energy a financial support of $ 1.96 million, for a total investment of nearly $ 6 million.

The project aims to implement a first in Romania – a network of filling stations for vehicles with Compressed Natural Gas (CNG), ecological fuel with major benefits in terms of CO2 emissions and emissions, in accordance with European environmental protection standards. The investment in the implementation of the first network of gas stations with CNG in Romania is supported by the company Denisson Energy in association with the NGVA Romania Natural Gas Association, from its own sources and on the basis of a non-reimbursable financing contract concluded with the European Commission, through the Executive Agency for Innovation and Networks – INEA.

It was the 41st financing contract awarded by FREE – out of a total of 42, with a total worth of loans of nearly 27 million dollars allocated to promote energy efficiency projects and use renewable energy sources.

The European funding of 33.43 million euros, for the construction of the 400 kV Gutinaș – Smârdan Air Electric Line, was obtained through the Large Infrastructure Operational Program (POIM) 2014-2020, Priority Axis 8 – Intelligent and sustainable energy transport systems Electricity and natural gas, Specific objective 8.1 – Increasing the capacity of the National Energy System (SEN) for taking over energy produced from renewable resources. The total value of the investment is 56.76 million euros.

Specifically, this contract provides financing for the construction of a 140 km power line (138 km airline and 2 km underground cable). This new investment will allow SEN capacity to be increased from 2,200 MW (2013) to 3,200 MW (2023). This will allow the production of energy from renewable resources to be taken under conditions of maximum safety – for new wind power plants installed in Dobrogea and Moldova. At the same time, the project will support the efficiency of the interconnection of the electricity networks between Romania and the Republic of Moldova and will contribute to strengthening the integration of the regional and European energy market, by providing interconnections and internal lines in the north-south and east-west directions for the completion of the internal market.