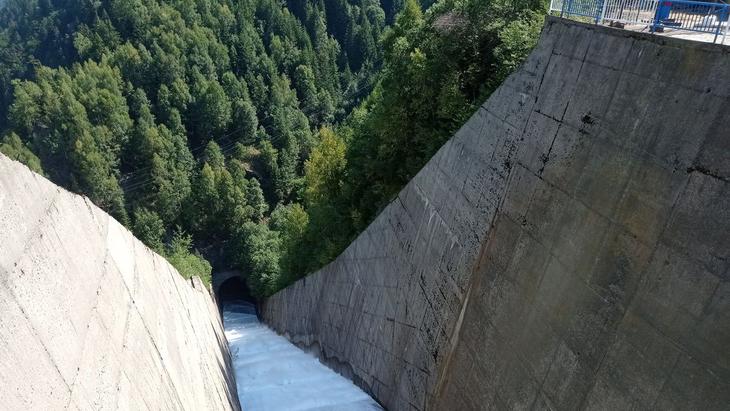 Hidroelectrica has completed the filling procedure at the projected normal retention level (1,072.5 mdM) of Gura Apelor Lake, belonging to AHE Râul Mare-Retezat, Hațeg branch. Commissioned in 1986, the dam never operated at the designed capacity as the dam reception was repeatedly delayed.

At the inauguration ceremony, the president of the Directorate of Hidroelectrica Bogdan Badea spoke about “trust in thorough work ” and “fully assumed decisions”, referring to the 2020 decision of Hidroelectrica management to receive the investment objective AHE Râul Mare-Retezat. 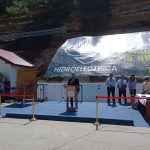 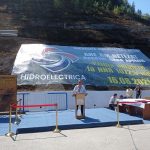 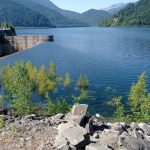 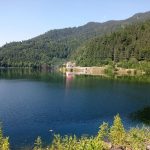 Work began in 1976 and has been going on for more than 30 years. The final reception was postponed over time due to the finding of excessive leaks in the area of the left slope and the need to complete the contour road. In 2013, all dam-related work was already completed, including sealing injections on the left slope to reduce leaks. Subsequently, the objective went through safety assessment procedures, and in 2020, the management of Hidroelectrica ordered the reception and raising of the water quota for commissioning in the parameters initially designed.

Filling the lake of about 360 hectares, with 220 million cubic meters of water, was possible only in 2021, amid favorable hydraulics. The three rivers that feed the dam total an average flow of 7-8 cubic meters per second. The dam and the other works allow a flow rate of 70 cubic meters per second for the two hydropower units totaling an installed capacity of 365 MW.

“The Râul Mare power plant is the second-largest power plant on inland rivers, but it has never been exploited to the projected potential”, Bogdan Badea added. “We are confident in the way this project was carried out, in the calculations made by the specialists and in the effort of the Hidroelectrica team.”

Hidroelectrica is a solid company from a financial point of view, capable of large-scale investments, Bogdan Badea also said. He urged all Hidroelectrica branches to prepare investment projects for competition within the company.

According to Hidroelectrica officials, the filling of Gura Apelor Lake at the projected level is a condition for the launch of the Retezat CHE refurbishment project. With an estimated value of over 75 million euros, the project is in the phase of technical evaluation of the offer and would lead the Retezat plant to obtain the projected performance, never achieved before.

The Raul Mare-Retezat Hydroenergetic Development includes the Gura Apelor dam and the Retezat and Clopotiva hydropower plants, with an installed capacity of 349 MW and an average multiannual energy of 629.50 GWh.

AHE Raul Mare-Retezat exploits the hydropower potential of a vast river basin, stretched on the northern slopes of the Retezat Mountains and which functions as a real natural water castle. It also positively influences downstream uses, especially drinking water supplies, and regulates the natural flows of the rivers Șes, Râul Mare and Lăpușnicul Mare in the Gura Apelor accumulation, contributing to the mitigation of floods.

previousWindEurope: 1.3 GW of offshore wind connected to the grid in H1, financing reaches 7.4 bln. euro
nextOPEC says that the Delta version of the coronavirus will not affect oil demand