On May 31, the most influential decision makers in Romanian energy industry will meet at Snagov Palace, near Bucharest, for the largest professional debate dedicated to the National Energy Strategy this year. Senior officials from the Government and regulatory bodies , top managers from large companies, savvy representatives of professional associations, Romanian and foreign experts will have the opportunity to speak their minds in front of their peers.
[formularEveniment] 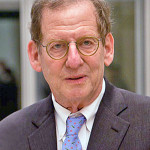 As a major plus to the 2015’s edition, the summit this year will include a panel dedicated to the necessary equilibrium between Romania’s national interests and its regional roles. For opening the panel and for putting the dialogue in the right context, we will have as special guest speaker HE Ambassador Richard L. Morningstar, Founding Director and Chairman, Global Energy Center, Atlantic Council, one of the most important independent think tank to promote constructive U.S. leadership and engagement in international affairs based on the central role of the Atlantic community. Richard L. Morningstar served as the US Ambassador to the Republic of Azerbaijan from July 2012 to August 2014. Prior to his appointment, since April 2009, he was the Secretary of State’s Special Envoy for Eurasian Energy.

We believe this to be the perfect introduction for a meaningful discussion on how Romania can be part of the intricate economic and geopolitical game in the region.

Energy Strategy Summit is a one day event, with plenary sessions and round table discussions. Discussions will cover a wide range of topics, from the role of the energy system in Romania in the current turbulent regional context, to the future of venerable local industries of oil and gas; to the possible solutions for reviving the coal sector; the elements involved in the future development of the utilities sector and accelerated maturation of production from renewable resources.
[formularEveniment]

All the countries in the region entertain lingering ambitions for becoming THE hub for energy in the SEE Europe. Each candidate has its grounds, while most of the countries lack the financial capabilities or the administrative solidity – or both, to become such an important regional player. Still, with more and more interconnected markets, with very similar needs and adversities, each national player should try to mitigate its domestic challenges for regional opportunities.

First and foremost, the authorities have the obligation to guarantee access to stable and affordable energy for the people and local economic agents. This implies fair treatment for all resources, domestic and imported, as well as competitive markets all along the energy value chain. As a member of the European Union, Romania is also supposed to act as a stability factor to the regional markets by means of increased storage capacities and functional interconnection with all the neighbouring countries from East to West, and from South to North.

More and more, the future means electricity – extracted from conventional and renewable resources. New business models arise in all areas, from generation and storage, to transport, trading and distribution. Inovation and flexibility are the most plausible directions to follow, as more informed and empowered customers ask for friendlier counterparts in the industry. The environment constraints are both major challenges and huge opportunites. All these impact the positioning of institutional actors, businesses and potential investors on the energy market.

When programming the event we took into consideration the schedule communicated by the authorities in relation to the strategy elaboration, so that Energy Strategy Summit to be of the most utility to all involved.

The integrated report of qualitative analysis of the entire national energy sector will be completed by April end and will become “the factual and conceptual basisfor developing the Energy Strategy, with the necessary proposals of solutions, courses of action and recommendations”.

From August 15, the quantitative modeling will be started, with at least three development scenarios, so that on September 15 the Government to complete the final summary report of the Energy Strategy, together with the related technical appendices.

So, the debates on May 31st, will be the last great opportunity for the decison makers in the business to make their voices heard by the authorities and regulators so that their ideas to become part of the updated Romanian Energy Strategy.
[formularEveniment]