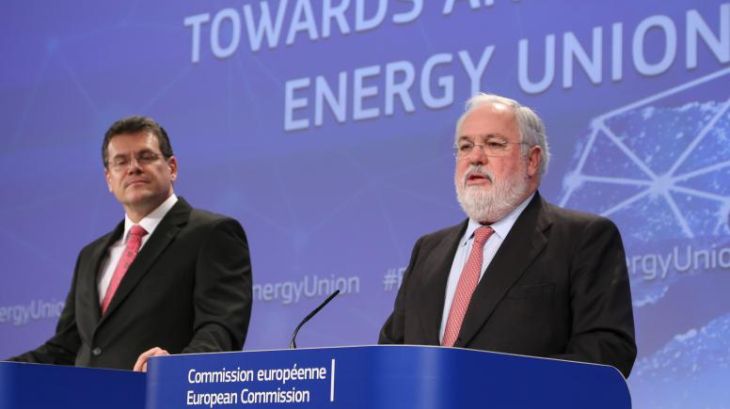 It is neither acceptable nor possible for European countries to achieve energy security on the back of a fossil fuel strategy that will undermine democracy, human rights, and climate security, writes Luca Bergamaschi, quoted by Euractiv.com.

On 20 July, European foreign ministers launched the new EU Energy Diplomacy Action Plan. It is a welcome first step towards ensuring that energy plans are coherent with EU foreign policy objectives and core European values. However, the first priority of this plan remains focused on opening up new gas import routes and accessing new gas fields. Such a diversification plan fails to consider the worsening security risks that energy producing countries face: new form of extremism, conflicts, social and economic instability, and the impacts of climate change.

Algeria, for example, is considered as one strategic alternative to Russian supplies. However, serious doubts have been raised over whether Algeria would be able to increase and even maintain its gas exports to Europe. Jerome Ferrier, President of the International Gas Union, recently highlighted Algeria’s “unstable politics, higher domestic demand and insufficient capital” as major constraints to drive investment in costly new exploration and production. Current projections shows that Algeria will likely consume everything it extracts by 2030, becoming a net energy importer soon after. Additionally, unprecedented environmental protests are disrupting the country’s multibillion-dollar shale program, increasing political instability across an already unstable North African region.

As tensions across fossil fuel producing countries increase, even maintaining existing energy supplies will be a significant challenge. The advances of Islamic State (IS) in Libya and Tunisia, threatening the oil and gas complex of Mellitah, prompted the Italian Government to prepare a detailed military plan to protect key energy infrastructure. This included Green Stream, the longest gas pipeline into Europe departing from Mellitah. On Sunday 18 July, four Italian construction workers were kidnapped near the compound, located 30 km west from Sabratha, home to the IS base that trained the Sousse attacker and the two gunmen responsible for the slaughter at the Tunis Bardo museum.

This shows why energy diplomacy simply cannot treat energy security in isolation to broader foreign policy challenges. A more integrated approach is urgently needed as a large swathe of Europe’s neighborhood becomes trapped in a downward spiral of instability, facing worsening energy, resource and climate stresses. Some states and societies, such as Syria, Iraq and Libya, are breaking down at dizzying speeds while others, such as Tunisia, Egypt and the Sahel region, face mounting pressures. This is forcing thousands of refugees to cross the Mediterranean to Europe’s shores every week, and turning their people, especially young people, towards new forms of extremism.

Europe’s attempt to deliver stability and security by opening up new fossil fuel supply routes brings its own problems too. Fossil fuel cooperation reduces Europe’s diplomatic leverage to intervene in unstable situations and support democratic transitions in energy exporting countries. For instance, we cannot demand an end to human rights abuses in Azerbaijan when at the same time we are relying on them to open up the Southern Gas Corridor, a set of new fossil fuel pipelines to bring gas from Central Asia to Europe.

On the other hand, fossil fuel cooperation masks the real economic, social and resource challenges producing countries face in an increasing warming planet. Middle East and North Africa countries are already facing major constraints on growth due to energy, water and food pressures. They are vulnerable to volatile food and energy prices, and climate impacts hitting key industries, such as tourism and agriculture, as well as lowering water supplies.

Climate change is expected to be one of the key drivers of displacement and conflicts over the next 10 to 20 years, and has already been identified as a critical factor in contributing to the Syrian uprising and thus fueling the refugee crisis of recent years.

EU foreign ministers could make a much better choice to long-term energy security while simultaneously tackling the climate threat. Internally accelerating the transition to a zero-carbon economy gives European governments, regions and citizens much more control over their energy needs, and provides greater leverage to help stabilize Europe’s neighbors. Placing energy efficiency, clean energy deployment, electricity interconnections, and the digital revolution at the heart of Europe’s relations should become Europe’s number one energy security priority. If the EU meets its existing energy efficiency targets, Europe will not need the new gas supplies and infrastructure that the EU Commission is planning for.

The lesson to take is clear: it is neither acceptable nor possible for European countries to achieve energy security on the back of a fossil fuel strategy that will undermine democracy, human rights, and climate security.

Luca Bergamaschi is a Researcher at environmental organization E3G.