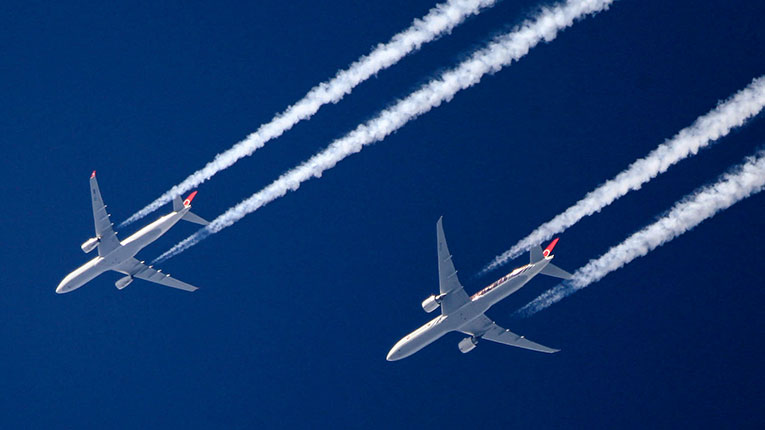 Airlines should pay for all their CO2 emissions in Europe as early as 2026, one year earlier than originally expected by the EU, according to a preliminary version of the European Parliament’s position on the matter, Reuters reports.

The European Union is reviewing its climate policies to meet its 55% emissions reduction target by 2030 compared to 1990 levels. The European Commission has warned that all sectors must contribute to achieving this goal, including aviation, which is responsible for about 4% of the EU’s total CO2 emissions.

Airlines currently receive most (over 80%) of their pollution certificates free of charge.

Last summer, the EU executive proposed that airlines no longer receive pollution-free certificates from 2027, which would increase the price airlines have to pay when they pollute, according to Agerpres.

According to a preliminary version of the European Parliament’s position on this case, the date by which airlines will no longer receive pollution-free certificates would be brought forward to 2026.

Croatian MEP Suncana Glavak, the European Parliament’s rapporteur on the case, estimated that the change would mean that an additional 12 million pollution certificates would be sold on the ETS market that polluters could buy.

previousMinistry of Energy launched the draft Ordinance on new consumer support measures
nextPwC: Romanian companies estimate that the economy will evolve better in 2022