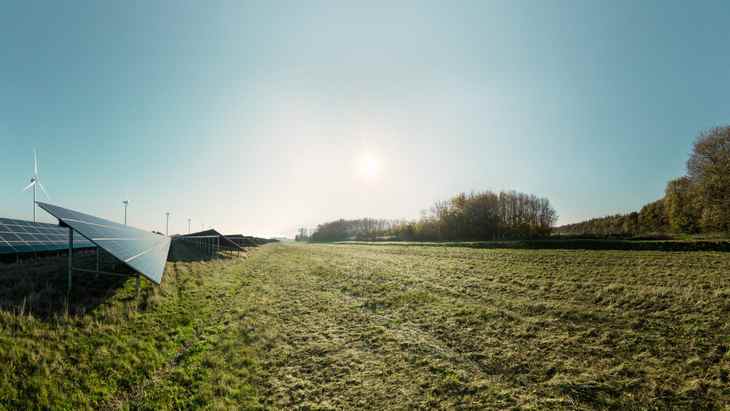 European Energy continues to expand its activities in Romania, with 935 MW under development in renewable energy projects, of which 810 MW in solar parks and 125 MW in wind parks. The first 20 MW solar park project is ready for construction, with construction scheduled to begin in 2023. The company has also received grid connection approval for another 125 MW project, which is underway. 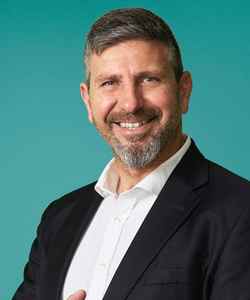 “The new European Energy office in Bucharest will support our ambition to develop, build and operate a portfolio of renewable energy projects on a large scale. Romania has a very firm position in contributing to the reduction of CO2 emissions in Europe, by developing several investment opportunities for the production of green energy in Romania, said Ioannis Kalapodas, Head of Office European Energy Romania.

Demand for green energy is growing, not only because of cost efficiency. Renewable energy will not only change electricity consumption, it will also transform heavy transport and the building heating sector in the coming years.

European Energy has 10 local projects under development in Romania: nine in photovoltaic energy and one in wind. The company’s plan is to use renewable energy to power Power-to-X technologies such as green hydrogen and e-methanol.

In the coming years, the company aims to become one of the important players on the Romanian market in terms of renewable energy, but also to be among the companies that will play an important role in the local Offshore and Power-to-X wind market. European Energy has already taken steps into the world of Power-to-X technology, starting to develop Power-to-X projects in Denmark, using electricity from solar and wind power plants as a CO2-free energy source.

“Renewable energy is reaching the stage where it can be used for more and more purposes in the next decade. We believe that we are one of the leaders on the Power-to-X market not only in Romania, but also in the world, added Ioannis Kalapodas.

Romania is seen as a fast-growing wind energy market in the Southeast European region and could add more than 2 GW in wind farms by 2030. Currently, the country has around 3 GW in wind farms and almost 1.5 GW in solar parks, according to data from the International Renewable Energy Agency (IRENA) from the end of 2021. And, according to the National Integrated Energy and Climate Plan, by 2030, more than 3.5 GW of new could be built in Romania solar capacities. It is possible that even more ambitious goals will be set in Romania’s new Energy Strategy, currently under development, which will be presented in early 2023. 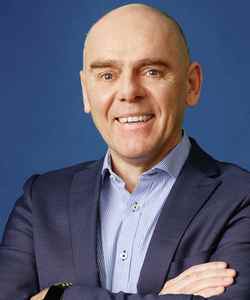 “We are now entering an era where green electricity is the key to unlocking the challenges of CO2 emissions in the heavy transport, chemical industry and heating sectors. In this new era, European Energy has green solutions that ensure we can truly achieve the global goal of a carbon-free world, as we have already made essential steps in the world of Power-to-X and green heating. This will be a huge step for our planet, said Knud Erik Andersen, Chief Executive Officer of European Energy.

Another step towards green fuel production by European Energy was the recent acquisition of Ammongas, which secured access to strong capabilities in CO2 capture and processing. The acquisition also enables clear synergies with Euro-pean Energy’s fast-growing green fuel business. In addition, it will place European Energy in a strong position in CO2 from bio-waste, which is an important building block for the production of green fuel through Power-to-X. At the same time, European Energy will be a leader in carbon capture.

European Energy develops, finances, builds and operates wind and solar farms as well as large-scale Power-to-X projects. Headquartered in Copenhagen, Denmark, the company has a solid track record as a renewable energy developer and operator on four continents. Founded in 2004, European Energy has over 40 GW of renewable energy projects under development and is currently building over 1 GW of new capacity. The largest solar park built so far is Kassø in Denmark, which has a capacity of 300 MW. Some of the largest wind turbine parks built so far are in Lithuania and Brazil.

previousMoldovagaz needs state help to get through the winter
nextD. Drăgan: Romania will triple its renewable energy production capacity by 2030