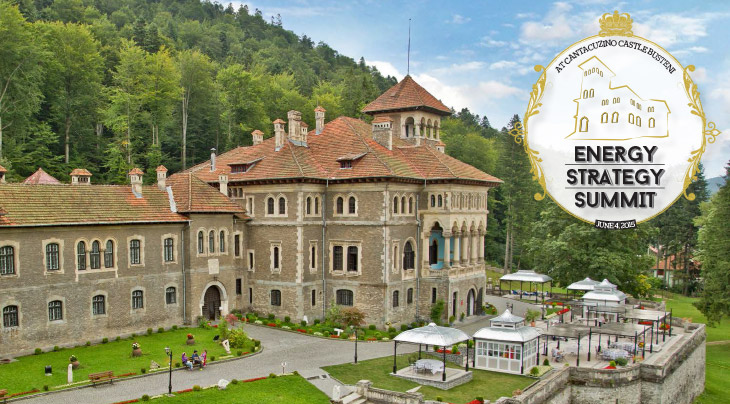 The key objective of Energy Strategy Summit is to draw the essential lines for the future Romanian national energy strategy as they result from a wide consultation of the high level private and public stakeholders in the Romanian Energy Sector. An insightful conversation with key sector leaders and experts provides policymakers and investors with valuable information and a clear vision for decision makers. All contributions from the speakers will be officially delivered to the Government for taking them into consideration when drafting the national energy strategy.

Energy Strategy Summit is a full day event to mix plenary sessions and round table format conversations. Discussions will cover a wide range of topics spanning from the role of Romania’s energy system in a turbulent regional context, to the future of the venerable local O&G industry, the foreseeable solutions to revive the endangered coal sector, the factors involved in future changes in the utilities sector, and the hasten maturation of the renewables.

In a most turbulent regional context, Romania needs a long-term action plan in order to ensure its necessary oil, gas and electricity for domestic consumption. Europe accelerates its way towards integration and the global balance of power changes, with more unpredictability in terms of international benchmark prices. Under these circumstances, the role Romania can play in the region is growing, whether we are talking about exporting energy (oil, gas, coal and  electricity), the interconnections for becoming a regional hub for energy, or exporting know- how in areas with fast development perspectives.

With its venerable history in oil and gas industry, Romania is today at a crucial point – without clear decisions on applicable legislation and financial framework, it will become very unlikely for this industry to stop the decline in oil production. New technologies might enable effective exploitation of mature fields, but they are only available at costs that can not be met locally. Attracting and retaining investors are binding targets to shape a prosperous future for the industry as a driver of development of the entire Romanian economy and society.

Beyond its social role – providing the people with the necessary heat and lighting – utilities are a key element in the economic development of Romania. The price liberalization process raises challenges still insufficiently understood; still, increased energy efficiency can be a solution for maintaining bearable costs while simultaneously guaranteeing security of supply. Utilities became a border area where technological innovation must be accompanied by regulatory flexibility, taxation and business practices, as well as a plus in communication, for informing and educating the costumers – household, industrial or public.

Champion of new investments in recent years,the renewables are still seeking for more landmarks after the drastically changes in the subsidy system and support programs. Suddenly thrown out into competition with other producers of electricity, companies that rely on renewable energies need a transparent regulatory environment, to monetize their technological dynamism, and especially the new emerging market of services for the new industry.

previousHavrileț: The royalties and “the pole tax” cannot be charged to the market
nextGermany to allow fracking for exploration purposes