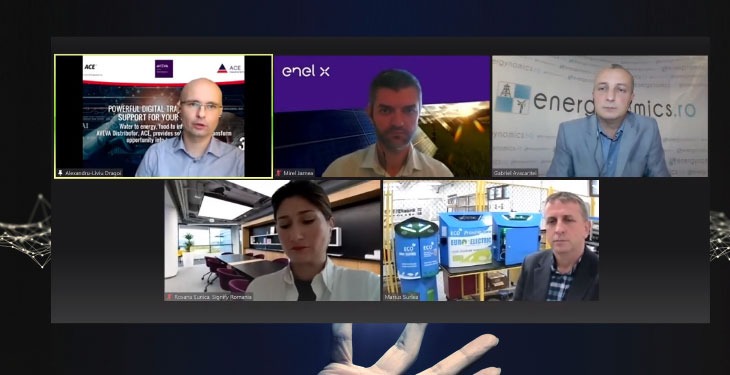 “We are in a world that is constantly changing and even faster during this period, in a world where the trend of urbanization is growing exponentially, and it is increasingly difficult for local authorities to prioritize investment, as infrastructure ages and preferences the population are changing, whether we are talking about transport or consumption”, believes Liviu Drăgoi, Sales Manager ACE Industrial Software Solutions, distributor of Aveva in România, Bulgaria and Grecia.

“All this is done by different companies, with different solutions. What Aveva proposes is a solution installed on top of all monitoring solutions, for each branch. A solution capable of taking data from various vendors, centralizing it and contextualizing it for all interested people, who have different roles – for example, a city manager will only be interested in some aspects. Thus, the usage data on each transport line in consumption are correlated with the receipts, the operational data are aggregated with the financial ones, etc. Also in the case of lighting, office buildings, energy production units, water treatment plants, Aveva can offer information aggregation solutions, regardless of the platforms used”, Drăgoi added.

EnelX welcomed the Electric Up program

“We have been doing exactly this for 3-4 years,” said Mirel Jarnea, Head of B2B at EnelX, “and we are doing it very well, so we are waiting with open arms for the publication of the financing guide to fully understand the next steps ahead of us.” The representative of EnelX appreciated that each company interested in accessing financing through this program will be able to do it while working with its own contractors and also the raise of the maximum capacity to 100 kW plus the charging station. “The money we are talking about are significant for any company, and what each beneficiary should contribute with is insignificant,” he added.

What is the approach of EnelX in respect to the excess electricity produced with PV equipment? “Together with colleagues from Trading department we try to design a final product adapted to the customer, so that after installing a photovoltaic solution we can provide a differentiated tariff day-night, for example,” said Mirel Jarnea. “The way we size the photovoltaic plant is atypical for the market, respectively we follow the customer’s consumption curve in order to maximize the consumption against the installed power. We do not want to produce extra energy to be injected into the grid, because the incentive system is not favorable enough.

Thus, we help our clients to reduce the return on investment to less than 6-7 years; we follow the idea of ​​self-consumption, while the rest of the necessary energy can to be purchased from the grid, from any supplier the customer chooses.”

Roxana Șunică, Signify Romania: We can no longer talk about lighting without digitalization

Lighting is an important resource when it comes to energy efficiency, and in recent years we cannot talk about lighting without digitization anymore, said Roxana Șunică, Business Development Manager Public Sector, Signify Romania.

“The big change in the game took place in 2008, internationally, with the advent of LED lighting equipment. They have led to an increase of over 50% in energy efficiency compared to conventional lighting. State-of-the-art technology has reduced pollution. As you know, fluorescent lighting, although more efficient than conventional lighting, uses mercury and thus is polluting. Then followed the revolution of the lighting system, as a whole, with digitalization and internet making their presence felt”, said the Signify representative. “We have developed a system called ‘Trulifi’, which ensures a quality internet through lighting. They are very useful and interesting applications for the office area, for crowded spaces, such as a stadium, in a hotel, in a business center, where safe and quality internet is needed.”

Connected lighting further streamlines the centralized system, with optimized consumption depending on the period and instantaneous change in intensity in case of incidents. Thus, compared to conventional systems, an efficiency of up to 80% of energy consumption is achieved.

Signify (formerly Philips Lighting) is the world leader in conventional and LED lighting, but also in the field of connected lighting, with activities in 70 countries and 32,000 employees.

Charging stations for electric vehicles – more than some black boxes

Euroelectric has launched two new charging stations for electric vehicles this year and will launch a third DC model in the spring of 2021, announced Marius Șurlea, CEO of Euroelectric. “We managed to reach our targets to a large extent, with a turnover of 3.6 million euros in 2019 and over 4 million euros in 2020,” he added.

Euroelectric was founded in 2003, a time when there was a lot of fear against trying anything something new. “We started with electrical installations in civil constructions and step by step we developed, we improved in this area. This allowed us, later, to access some financing programs, which brought us cutting-edge technologies for that time, for tests and verifications of electrical installations”, explained Marius Șurlea.

Subsequently, the company also specialized in the design, production, installation and commissioning of charging stations for electric vehicles. In the last 4 years, the company has invested about 1.5-2% of its turnover in the innovation and research-development segment, also strengthening its relationship with the university environment.

Euroelectric also plans to build a sharing platform for its own power stations. “All stations are actually tested using an electric car, over a few charging cycles, before being sent to the customer… They are not just black boxes,” he added. 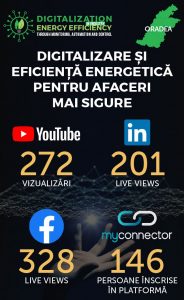 previousEnergy leaders to discuss the future of the energy industry at Budapest Energy Summit (December 1st)
nextCSR: Over 3.5 ha replanted by E.ON Romania in Mureș and Suceava counties