Electrica will get the money CFR owes to it in May 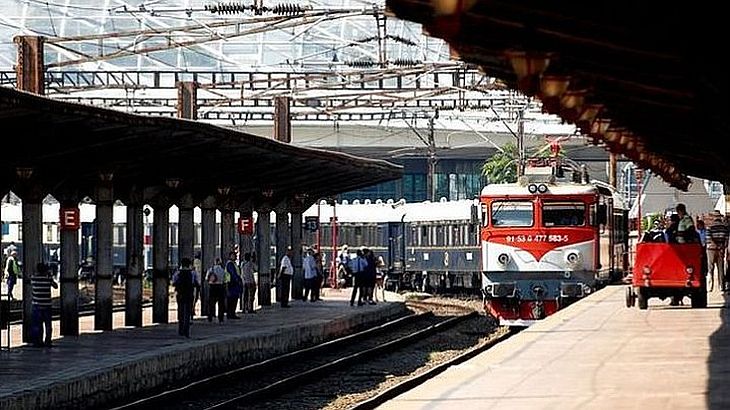 Electrica signed a convention with CFR (the Romanian Railway Company) by which the national railway company is committed to pay the energy supplier 228 million lei for the debt it owes to this one, stated the delegated minister for energy. Electrica will receive the money by 15 May.

”The signing of the convention between Electrica – CFR in order to extinguish the debt has been signed last night (Friday night – n.r.). Electrica is to receive 228 million lei by 15 May. It is something normal and at the same time a step forward for the successful listing of Electrica”, states the minister Răzvan Nicolescu. The former minister of Transports, Ramona Mănescu, stated that the debts accumulated by CFR Călători and CFR Infrastructură for the energy consumed amount to 560 million lei.

CFR stated in a press release dated 2013 that it will transfer this year the power supply and management  department for the railway sector to the Electrificare CFR SA subsidiary. The transfer shall be done based on a law from May, 2006, that ratified a loan agreement between Romania and the European Bank for Reconstruction and Development (EBRD) for the financing of the refurbishment project related to the railway power network dated 2005.

However, the transfer will be carried out in line with the terms of the loan agreement from EBRD dated 2012 related to the financial restructuring of CFR SA, according to which the purchase of the entire quantity of power necessary to the railway system will be done by means of Electrificare CFR, on OPCOM market.

Electrica settled an investment budget of 379 million lei for 2014, its total revenues have been set for 564.32 million lei, and the expenditures for 528.755 million lei. Electrica targeted for this year an EBITDA profit of 35.565 million lei.

The expenditures for the staff are estimated to 23.481 million lei, out of which 13.013 million lei are for salaries. The company is saying that it will have by the end of the year a number of 149 employees. For the expenditures related to the contract of mandate and of other management and auditing bodies, commissions and committees, Electrica has a budget of 1.402 million lei. The debts of the company have been estimated to 651.6 million lei.
Translated by: Silktrans