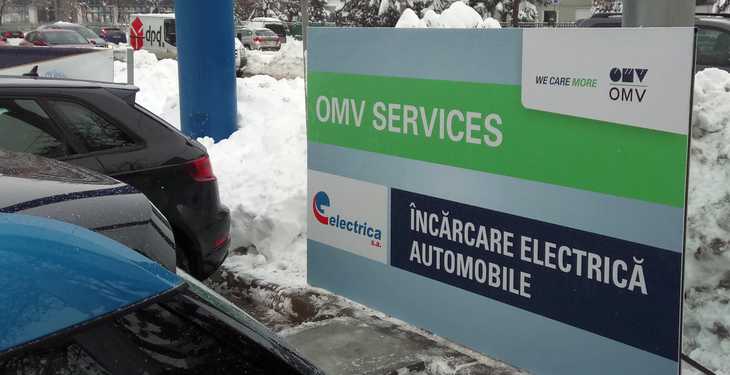 Electrica and OMV Petrom Marketing inaugurated their first system of fast charging for vehicles, part of a pilot project in the field of electro-mobility that aims at developing the infrastructure and at educating the public about the new technologies and trends in the energy sector.

This is the first such project which involves major players from the electricity markets, respectively fuel stations.

The first electric power station for vehicles is located within the OMV Aerogării filling station, from Alexandru Şerbănescu Street. Based on the exclusive partnership with OMV Petrom, Electrica will open five more electric charging stations in the upcoming months, all in Bucharest. In the long term, Electrica aims to establish a so-called “Green Highway” – a network of charging stations for electric cars to allow the crossing of Romania on the East-West line, without the risk of remaining without power supply. 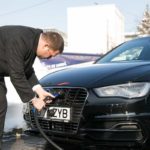 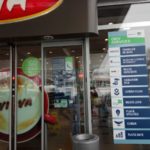 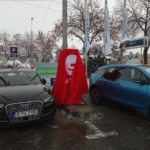 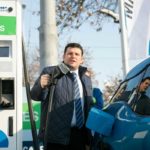 “Even if the market of electric cars is, still, in its infancy, and even the fact that in the next decade hydrocarbons will continue to be the main source of energy worldwide, we want to adopt new technologies, that support the continuous development of the range of products and services that we offer, thus continuing to offer high quality services and experiences to our customers, “said Adrian Nicolaescu, retail manager at OMV Petrom.

“In Romania, until now, there have been small steps in the field of electro-mobility. Therefore, we, Electrica and OMV Petrom, joined efforts to support the development of the fast charging infrastructure for electric vehicles, because we care about the environment and also for the sustainable development of Romania. We believe that this is just the beginning of what we, at Electrica, name the ‘Green Highway’ of Romania, “said Cătălin Stancu, CEO of Electrica, in a press release.

Romanian authorities initiated an ambitious plan to support the development of the infrastructure needed for electric vehicles, which energynomics.ro Magazine have dedicated an extensive analysis.

In four OMV stations in Bucharest, as well as at the OMV Petrom and Electrica headquarters, there will be installed fast charging stations for electric vehicles, having a maximum power capacity of 50 kWh.

Through these fast charging stations, a 100% electric vehicle can charge 80% of its battery capacity in just 20 minutes, compared to 7-8 hours that it would take at a non-dedicated outlet to this service, explained Ramiro Angelescu, Executive Manager Sales Coordination Division at Electrica. The charging will be performed at a symbolic price, of 1 Leu per kWh.