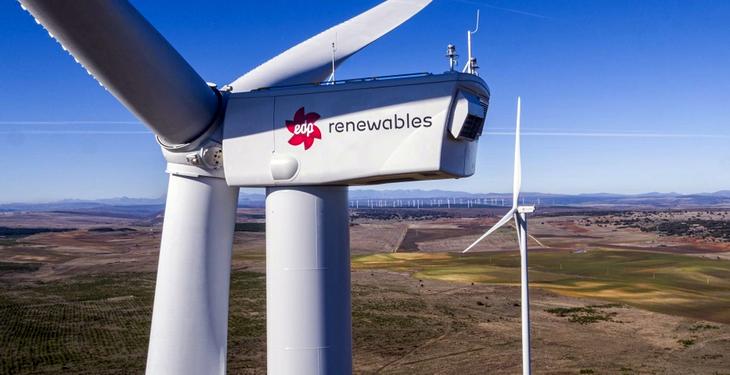 EDP Renewables, a global leader in the renewable energy sector and the world’s third-largest wind power producer, reported a net profit of 556 million euro at the end of 2020, compared to 475 million euro in 2019. At the end of 2020, the company managed a portfolio of operating assets with a total capacity of 12.2 GW, of which 11.5 GW are fully consolidated and 669 MW are equity consolidated (Spain, Portugal, US and offshore).

In the full year, EDPR increased its capacity by 1,580 MW, including the 486 MW from the acquisition of Viesgo’s renewables business. During the period, the company continued to successfully implement its rotation strategy, closing the sell‐down of its entire ownership in the 137 MW Babilonia wind farm, 237 MW in a Spanish portfolio, 80% sell-down of a 563 MW portfolio in the US (of which 200 MW will become operational in 2021) and a 102 MW build and transfer wind farm in US. In total, as of December 2020, the net variation in EDPR’s consolidated portfolio reflected an increase of 806 MW.

As of December 2020, EDPR had 2.4 GW of new capacity under construction, of which 1,648 MW related to wind onshore, 404 MW to solar PV and 311 MW to equity participations in offshore projects.

In the period, EDPR produced 28.5 TWh of clean electricity, thus avoiding the emission of 18 million tons of CO₂. The electricity produced was 5% lower than the previous year, in line with a lower average installed capacity resulting from the execution of EDPR’s Sell‐down strategy.

EDPR reported total revenues of €1,731 million in 2020, down 5% as a result of lower wind resources and the negative impact of forex translation, which were not offset by higher selling prices. Other operating income amounted to €498 million (compared with €400 million in 2019), with the year-on-year performance reflecting gains of €443 million.