ECOS 2026 Conference will be organized in Constanta by “Ovidius” University 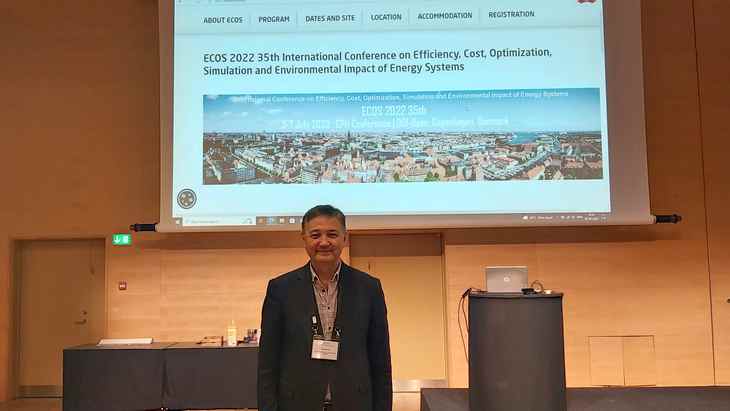 The acronym ECOS has been coined for the International Conference on “Efficiency, Cost, Optimization, Simulation and the Impact of Energy Systems on the Environment”. This 35th edition was organized this year by the academic team at the Danish Technical University (DTU) in Copenhagen.

From the team of the school of energetics in Constanta, Prof. univ. Dr Ing. Eden Mamut is a member of the International Scientific Committee that steers the ECOS Conferences. The organization of the ECOS 2026 Conference in Constanta will promote the contribution of researchers and academics from the seaside and Romania in the field of sustainable energy solutions, original approaches to digitalization in energy and multiscale and Multiphysics modelling and simulation methods that allow the optimization of energy systems integrating nanomaterials and nanotechnologies.

The Constanta team has pioneered activities in the promotion of hydrogen energy technologies by participating, since 2003, in activities in this field at the European level and later in the European Hydrogen and Fuel Cell Platform. Also, by participating in the activities of the European Institute for Innovation and Technology EIT Raw Materials, the professors and researchers of the University “Ovidius” of Constanta have contributed to the transdisciplinary approach of methods in energy and materials analysis and optimization throughout their life cycle.