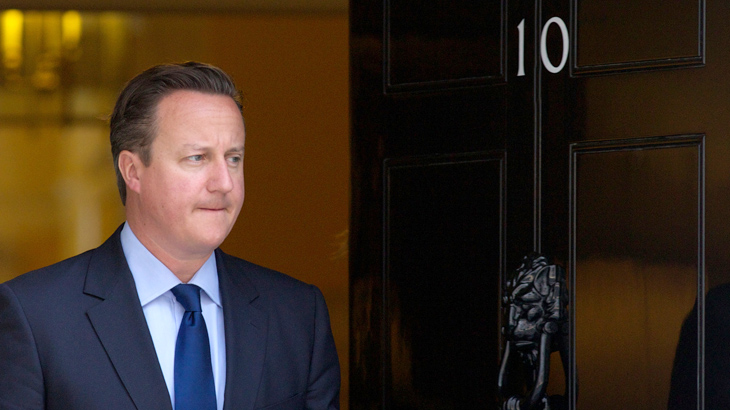 Britain would be “making a big mistake” if it did not seriously consider fracking and the prospect of cheaper gas prices, the British Prime Minister has warned on Thursday. “I think we would be making a big mistake as a nation if we did not think hard about how to encourage fracking and cheaper prices right here in the UK”, he said at a Q&A session in Darwen, Lancashire.
Hydraulic fracturing is the fracturing of deep undergound rocks by injecting a mixture of water, sand and chemicals to a high pressure in order to stimulate the release of natural gas. The process is considered dangerous by many environmentalists and has been banned in France, though widely applied in the United States.

Millions of pounds for local communities

“If you look what’s happening in America with the advent of shale gas and fracking, their energy costs in business and their gas prices are half the level of ours. We are seeing businesses that have previously gone off to Mexico and elsewhere come back to the United States“, said Cameron.
His government has proposed community benefits regime under which local communities hosting hydraulic fracturing (fracking) sites would receive £100,000 for each well and one percent of production revenues if drilling proves the well commercially viable; an amount that an shale industry association has estimated at between £5m and £10m per well over 25 years.

Firm rules for protecting the environment

“In the whole of the EU last year there were 100 shale gas wells dug,” Cameron said. “In the same time in the United States there were 10,000 [dug]. The EU has about three quarters as much shale gas as the US, so we are missing out big time at the moment”, he added, just six days prior a new start in the drilling operation in Balcom (southern England), project that provoked some protests from the environmentalists.
Cameron also moved to assuage fears around the local impacts of fracking, which campaigners claim can pollute waterways, cause earth tremors, and consume a huge amounts of water and energy.
“I think there are some myths we have to dispel. Nothing is going to happen in this country unless it’s environmentally safe”, he said. “There is no question of having earthquakes and fire coming out of taps and all the rest of it… There will be clear environmental procedures and certificates you’ll have to get before you can frack”, Cameron said.

In Romania, shale gas has already attracted several large U.S. companies. Last month, Chevron obtained the accept from the Environmental Protection Agency to begin digging exploration wells in the three areas it controls in Vaslui county: Băcești, Găgeşti and Pungeşti. Operations are scheduled to begin this fall and be completed by the company Dafora, drilling market leader in Romania. Dafora and Chevron has signed a contract for four years, estimated at 10.38 million dollars for onshore drilling services East-side of Bârlad.