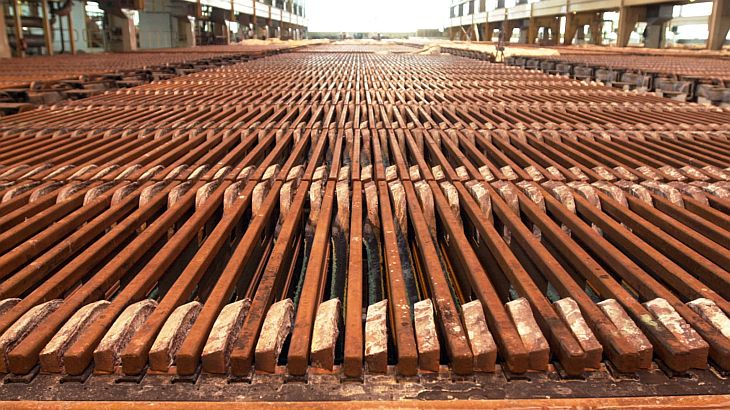 The price of copper has recorded on Monday the most important declin on U.S. market in the last month, because the Chinese banks have reduced lending to local real estate. Investors fear that this decision will slow demand for copper in this Asian country – the world’s largest copper consumer. According to Shanghai Securities News, “Industrial Bank” Co. and other financial institutions in China have tightened lending to real estate sector. In addition, other information shows  that the price increases of new housing in cities slowed in January.

“The price of copper fell because of fears about the health of China real estate sector“, said for Bloomberg a head of department at “Marex Spectron Group” in London. According to “BlueScope Steel” Ltd., the largest steel producer in Australia, demand for industrial and construction products slows down “in a dramatic pace” in China. The company has 32 ​​offices in China.

Worthy to mention that the declin quotation for copper was caused also by the fact that, on February 21, Shanghai Futures Exchange showed that copper stocks monitored by the chinese exchange hit their highest level in nine months. In London, however, copper stocks fell by 1%, to 282,475 tonnes. But orders for removing copper from deposits decreased by 1.8%, to 162,125 tonnes. According to the British investment bank “Barclays” Plc, the global copper production will exceed consumption by 67,000 tons this year, after a deficit of 137,000 tonnes in 2013.