Concordia: Business community is urging parties to end the political crisis as soon as possible 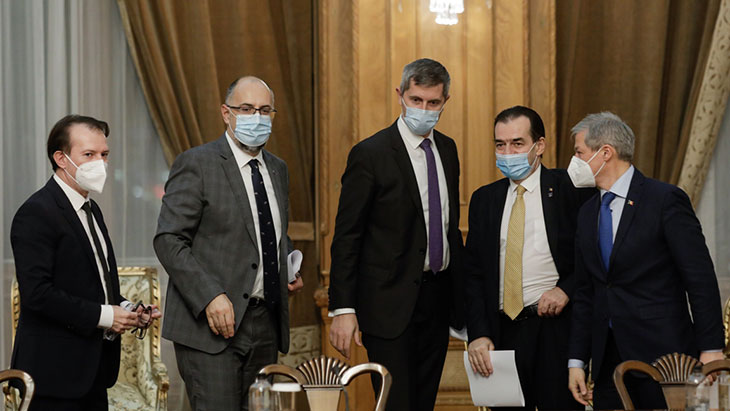 The members of the Concordia Employers’ Confederation express their hope that the moment of political crisis that Romania is going through will end as soon as possible.

“Citizens’ expectations, which are shared by the business community, are for their representatives in the Romanian Parliament and Government to put party issues and immediate political agendas in the background when social and economic stakes with a major impact on everyone’s lives demand unity and partnership. Only in this way can we together, citizens, authorities and the business environment, succeed in taking advantage of the moment of economic growth we are in to build a sustainable and productive national and European future,” it is shown in an open letter signed by Concordia members, sent to the Presidential Administration and parliamentary parties.

According to the document, we have all made efforts to overcome the obstacles posed by the pandemic and, despite the difficulties, the rapid return to economic growth has been achieved.

“It is a time of construction, not of division. The prolongation of the political crisis could mean big steps backwards, which would burden our future. Pressure on the exchange rate, inflation, endangering the deficit reduction target, possible syncopes in the implementation of PNRR or the absorption of European funds could derail Romania from its development process. Moreover, the digital transformation and the transition to the green economy, as well as other structural reforms still needed, will be difficult to complete in a climate of instability and without a common vision of national development,” say the companies’ representatives.

Stability and predictability are key elements of investment decisions, and a protracted political crisis could affect even ongoing projects, they say. Such a crisis only adds to the uncertainty already created by the pandemic, according to Agerpres.

“Concordia is a promoter of the dialogue for development, convinced that this is the only way to reach a solution that serves the interests of its citizens. That is why Concordia members call on all political leaders to find a quick way to reach as soon as possible to the common denominator to ensure the well-being of Romania and its citizens, as well as their confidence that their primary interests, social and economic, are above stakes and immediate political calculations,” the letter also states.

Concordia represents 15 of the most important sectors of the national economy and is a social dialogue partner, representative at national level. With a total of over 350,000 employees in over 2,000 large and small companies, with foreign and domestic capital, Concordia is the only organization in Romania member of BusinessEurope, the International Organization of Employers (IOE) and Business at OECD (BIAC).