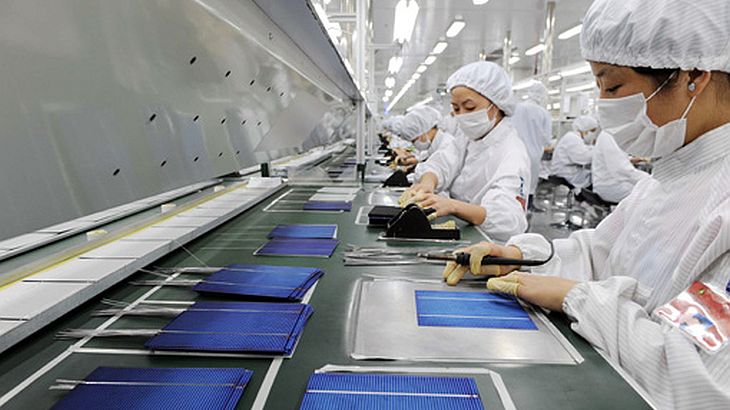 The Chinese solar panel manufacturers are starting to look for new ways to stop their decline by pivoting towards solar farm-making on their internal market.

Reuters reports that the chinese solar equipment makers, „hit hard by the scaling back of solar-power subsidies in Europe, are taking advantage of a new package of government subsidies at home and diversifying into solar-power generation.”

Tariffs and tax breaks, together with a labour-intensive and low-cost production, make the construction of solar farms by solar producers a way to increase their profit-making.

Since their panels have to be sold at a market price, and quotas were introduced in Europe for the imports that bear no extra-taxes, the development of solar parks is a good way to use the panels and to return to an annual gross return of around 10 percent.

China’s panel makers, among the world’s biggest producers, were lured back home this year by the chinese government’s plans to expand the solar power producing industry.