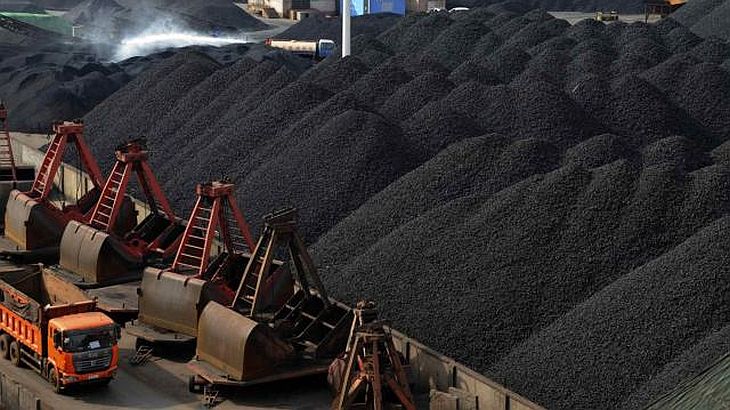 China’s coal reserves now contain 200 milion tons, and according to the China National Coal Association (CNCA), by the end of 2013 they are going to peak at 44o million tons. That is roughly 40% more than the combined weight of the globe’s population, estimated at 316 million tons.

As a consequence, the coal prices droped by half since the first semester of last year. Nearly one-third of China’s biggest coal companies are losing money. ”All the enterprises in the provinces and municipalities of Heilongjiang, Jilin, Yunnan, Chongqing, Anhui and Jiangxi are experiencing losses,” says the vice-chairman of the CNCA.

In the last 13 year hundreds of billions of dollars went into coal mining investments. Only in 2012, even as the economy noticeably faltered, China invested 86 billion dollars in coal mining. According to Quartz, a news website, the 8% increase in coal investment between 2011 and 2012 was a slowdown.

During the stimulus era of 2009 to 2011, investment in coal mining surged by double-digit percentages, compared with the previous year. That was because coal is used in production of things like steel and aluminum, key materials for infrastructure and real estate. Stimulus investment in those areas powered China’s economic growth.

But the coal business is on the verge of going to bust. China’s coal miners and traders are feeling the pinch of credit crunch, as banks tighten lending amid the authorities’ move to ease worsening overcapacity in the sector, a sharp contrast to two years ago when banks scrambled for clients seeking to borrow.

The investment crunch is hitting the main buyers of coal too. On the whole, coal industry customers are saddled with some 52 billion dollars in debt, and the default on owners’ and customers’ payments might be close.