Change of paradigm on the natural gas market in the region 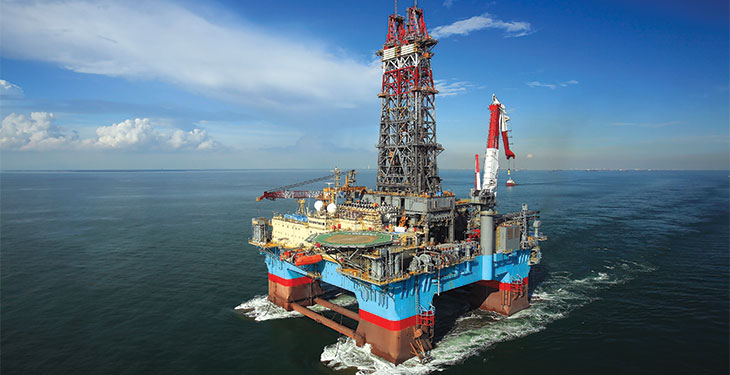 The Romanian oil and gas industry is enthusiastically living the dawn of a new era – the commercial exploitation of the deposits recently discovered in the Black Sea in the offshore perimeters. In recent months, the legal framework has undergone changes, trying to adapt the existing rules to the specific issues and needs of such activity.

We mention in this respect the draft legislation on some measures necessary for the implementation of petroleum operations by the titleholders of offshore blocks, the draft law on amendments to the Mining Law 85/2003, the draft amendments to the primary and secondary legislation in the natural gas sector, such as GEO 64/2016 and the new trading rules on the centralized gas, interconnection and transport market.

In March last year, the European Commission adopted Regulation 460/2017 establishing a network code for harmonized charging structures for gas transport, which provides that natural gas producers and suppliers – potential beneficiaries of main pipeline extension projects – are called upon to guarantee the transport operators that they will recover their investments in the extension of the network from the increase in the quantities of gas transported and that they will not be obliged to increase the transport tariffs for this purpose as a result of insufficient demand.

Transgaz has developed a procedure for reserving incremental capacity in the National Transmission System for Natural Gas (NTS), by carrying out incremental capacity processes at the entry / exit points of the NTS, other than the interconnection points that will be created / developed through the new projects included in the investment and development plan for the next 10 years. Until June 9, 2018, the draft decision on ANRE’s endorsement of this procedure is publicly debated. The concept of “incremental capacity” for the transport of natural gas is defined as “a possible future growth, through market-based procedures, of the existing technical capacity or a possible new capacity, created where none currently exists, which can be provided on the basis of investments in physical transport infrastructure and which can be subsequently allocated, subject to the provision of positive economic test results, in the existing points of entry / exit from the NTS or by creating new NTS entry / exit points “.

During this period, Transgaz, the natural gas transmission system operator, carries out market tests in the form of binding procedures for testing the demand from potential buyers. Based on these, decisions will be made on further investments. An example is the Tuzla-Podisor underground pipeline, which would link the Black Sea perimeters to the national transport system on the shore. In this hypothesis, on May 18, 2018, Transgaz completed the stage of receiving offers for incremental capacity booking – the binding stage for Tuzla entry point.

Since April 2018, Romania exports about 2,500 MWh per day to Hungary through the Arad-Szeged gas pipeline. It is well known that Romania, due to technical limitations, managed to export only virtually through backhaul significant quantities of natural gas to this country. The exports, even in relatively small quantities, can also be seen as a preface to the major exporter status that Romania will certainly acquire with the entry into operation of the Black Sea deposits.

According to public authorities’ declarations, Romania could have a potential surplus of 6 billion cubic meters of natural gas annually after the production of offshore blocks, which would put Romania in the position of the sole exporter in the area. The initial plan, funded by the European Commission, was to bring the Black Sea gas to Austria. For this, Transgaz has received European money for the partial financing of the construction of the Romanian segment of the BRUA gas pipeline. Earlier this year, however, Budapest announced that it did not support the continuation of BRUA to Vienna, with the intent of making the final point of the pipeline in Hungary. Romania has to look for other export routes, one of the alternative solutions envisaged seems to be exports to Ukraine and on the southern direction towards Bulgaria and Turkey.

Reactive to the natural gas situation in Romanian offshore perimeters, in the context in which Gazprom’s long-term contracts expired or soon to expired, thus leaving some of the transit capacity free, Ukraine is trying not to miss the start so that Ukrtransgaz, the company operating the pipeline system in Ukraine recently requested offers from companies to reserve capacity on the gas pipeline from Romania and the result was above expectations: the producers and traders bid the double import capacity offered by the neighboring country. The pipelines currently used by Gazprom for gas exports from Russia to southern Europe do not yet allow bi-directional flow, but to do so, specialists estimate that investment would be minimal.

The regional paradigm is changing and the market is repositioned

In the Bulgarian Black Sea jurisdiction, the exploration phase of the Han Asparuh block, the largest natural gas project to date in Bulgaria, has been extended with two years. With investments of more than half a billion dollars over the past 6 years, investors have carried out numerous 2D and 3D seismic acquisition campaigns and have been able to drill two exploration wells more than 5000 meters deep.

Without a doubt, the Black Sea is anticipated to be the future “hot spot” of East European offshore gas production. With the imminent launch of a new tender round for onshore perimeters, in the coming years, the Romanian oil and gas sector could be revived simultaneously with the international re-launch of the industry. Romania needs immediate investments in the onshore sector and continued investments in the offshore sector. The market would be reactivated from the perspective of industry-specific transactions and associations if the legislation and the tax framework would be clarified, if gas production could be brought into the market under conditions that would allow the financing of the related investments. The remaining steps are important because they can bring clarity and stability especially in terms of taxation. It is important not to miss this moment when the regional paradigm is changing and the regional market is repositioned under the influence of the natural tendencies of all the players involved.

This interview firstly appeared in the printed edition of energynomics.ro Magazine, issued in June 2018.