Cătălin Stancu, Horvath&Partners: Romania has everything it needs to produce blue hydrogen 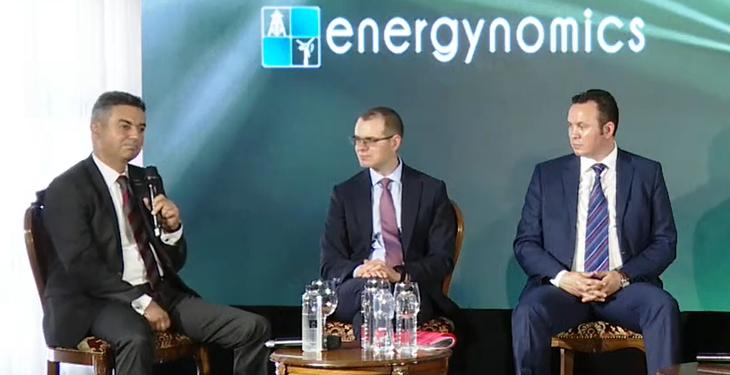 Romania will have an extremely difficult challenge to solve in the medium term – the absorption of European funds, but it is one of the few countries that has everything it needs to make blue hydrogen, says Cătălin Stancu, Associated Senior Expert, Horvath&Partners.

“The figures say that in the previous budget we managed to get, as of today, a little over 50%, i.e. 15 billion euros. We want to absorb 80 billion euros – that is, more than 5 times more. How could we do that? It is clear that funding exists, so we need to see what we are missing. A fundamental issue related to the competitiveness of an economy is the degree of digitalization and innovation. On one of the indices that qualifies the performance of the countries of the European Union, the one that qualifies the innovation, we are on the last place. We have 35 points, and the European average is 100 – where are for example Portugal and Estonia. Bulgaria is over 50, and we, in the last seven years, have decreased from 41 to 35”, said Cătălin Stancu, during the 7th edition of the Energy Strategy Summit, an event organized by Energynomics.

On the other hand, Romania wants to build a hydrogen strategy, and it addresses this issue very late. “It is good that we have a target, but it is late – in 2023 projects must be undertaken, verified, passed to the Commission and executed. By the end of 2022, we should withdraw about 75% of the money in the NRRP – that is, in a little more than a year”, he said.

Hydrogen seems to have many valences, beyond the applications related to the green industry. There are over 20 countries that have precise strategies and implementation plans, with accurate data, with incentive systems to overcome the technological deficit. Hydrogen covers many industrial sectors, and in the Green Deal area there is a need for technologies that do not yet exist, but are just developing now”, Stancu added.

Even though Romania has been producing gray hydrogen for over 60 years, the current scale of new technologies “enters into an industrial logic that goes beyond everything we knew,” he continued.

The Hydrogen Strategy, launched by the European Union last year, aims to create an entire ecosystem that needs a period of formation. “For the formation period, the main technology is the one that involves blue hydrogen, the one based on natural gas. A new European Parliament document has recently appeared, there is this admission of the fact that the precursor of green hydrogen must be blue hydrogen, for reasons of economic competitiveness. Romania is among the few countries that has everything it needs to make blue hydrogen, mostly for export. We have the resource, the storage infrastructure and we will also have BRUA [pipeline]”, he specified.

previousEuropean Green Deal: Commission proposes new ambitious policies for the green transformation of EU
nextAlin Mărgărit: Territorial plans for a Just Transition will be sent to the EC in July