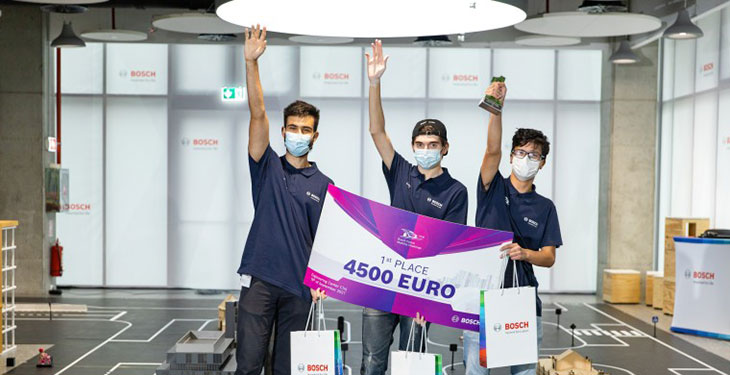 Bosch, a global leader in the provision of technologies and services, organized, in September, the fourth edition of the Bosch Future Mobility Challenge, an international competition developed by the Bosch Engineering Center in Cluj, starting with 2017. Participants in this competition are teams of students interested in developing autonomous driving algorithms for cars at a scale of 1:10. After months of intense work, the best teams tested their algorithms in the final of the competition, which took place on September 19 at the Bosch Engineering Center in Cluj, in a smart city simulated on 200 square meters.

For the current edition, a total of 50 teams from 10 European countries were accepted. After the qualifying rounds and intermediate evaluations, 19 teams from Estonia, Greece, Malta, the Republic of Moldova, Romania and Sweden remained in the competition and were invited to participate in the semifinals from September 15-18, in Cluj-Napoca .

“From the perspective of a leader in innovation, Bosch has a constant focus on the future, and for us the future is represented by today’s passionate young people. They are the ones who will actively contribute to shaping the world of tomorrow, with innovative solutions based on connectivity and artificial intelligence. I am happy to discover, this year too, at the Bosch Future Mobility Challenge, talented and enthusiastic students, with outstanding performances and technical skills. Congratulations to the winning teams and to all the students participating in this competition,” said Mihai Boldijar, general manager of Robert Bosch SRL and the representative of the Bosch Group in Romania and Bulgaria.

Bosch has already launched entries for next year’s edition, when the competition will expand globally. Registrations are made between October 1 and 31, 2021.

previousEnel, included for the 11th consecutive year on the list of companies Global Compact LEAD
nextWWF: PNRR is a unique opportunity for a climate neutral economy by 2050