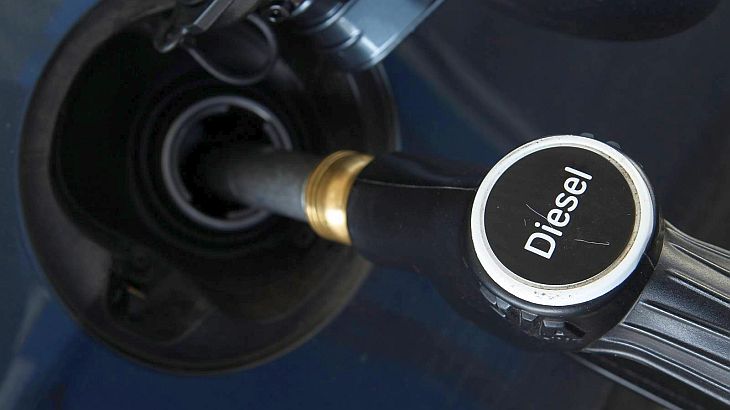 After President Traian Basescu decided to reject the additional excise duty tax of 7 cents per liter of fuel, the International Monetary Fund (IMF ) postponed by three months the deadline of  discussing inside its Board the Letter of Intent and Memorandum of Economic Policy concluded with the Romanian authorities.

“During a recent mission, an IMF staff team agreed, ad referendum, with the Romanian authorities on policies needed to conclude the first review under Romania’s Stand By Arrangement with the Fund, including policies needed to limit the fiscal deficit to 2.2 percent of GDP in 2014. We are aware of President Traian Băsescu’s disagreement with the government over the specific measures to be used to reach this target. Staff is monitoring developments and is awaiting a decision by the authorities on whether they wish to modify the policies needed to secure the agreed deficit target, before submitting the policy package to the Fund’s Executive Board“, say IMF officials.

IMF postponed the discussion in the Council of the letter and memorandum until the authorities in Bucharest will reach a final agreement on the measures to be taken to keep the deficit in check.

Discussing the agreement with Romania, in March 2014

Discussing into the IMF Board of the Letter of Intent and Memorandum of Economic Policy concluded with the Romanian authorities, initially scheduled for December , will be delayed because the documents must contain the signature of the president of Romania.
The IMF board will meet probably in March to discuss the agreement with Romania, after a mission of  the financial institution will be in January in Bucharest , since it cannot analyze the letter and memorandum without the signature of the President of the country.

IMF mission comes to Bucharest for the second review of the agreement and an analysis of the situation created by the refusal of President Traian Basescu to sign the memorandum, government sources told Mediafax.

President Traian Basescu announced Monday evening that he decided not to approve the memorandum with the IMF because of the introduction of the new fuel excise of 7 eurocents per liter of fuel.
“We decided not to approve the memorandum, because on the third page is specified at the obligations assumed by the government: increase of excise duty on fuel ,” said Basescu.

The government will have to cut spending or introduce other taxes

Minister for the Budget, Liviu Voinea said on Romania TV that such a situation may have the effect of increasing the cost of borrowing of the state.
He noted that Romania might also lose next year 1.7 billion lei budget by  the European Commission if it finds in January that the country is out of the agreement with the EC , with the consequences of spending cuts or other tax entries to compensate for the amount lost.

“Romania receives real money from the European Commission, according to the agreement, namely only has to pay a 5% co-financing from EU funds, not 15%. In next year’s budget, the extra income means 1.7 billion lei. If in January the EC finds that, having no budget, we are out of agreement with the Commission, then there is a significant risk of losing money. If that happens, we either have to cut spending this amount or other fees will be introduced to offset this amount,” said Voinea to Romania TV .

Asked whether he could renegotiate the issue of increase in fuel duty , the minister said that the increase was the least painful solution of the variants discussed.

“The memorandum was negotiated here in Bucharest for two weeks and in the previous weeks also in Washington and Brussels. It was formally reached with difficulty, this tax was the least painful of the solutions that are at hand to close the budget ,” said Voinea.

He said he can renegotiate the memorandum in January, but the budget is built on this rate.

“The money, more than 2 billion lei of duty, should be replaced  if the duty is waived, other sources of income or expenditures must be cut by this amount, while a third possibility, to cut the deficit, is not an acceptable one”, said Voinea.

He also admitted that he had created this tax also to be able to pay pensions and salaries increases and not only to be able to make larger investments.
Asked to comment on the announcement of President Basescu, Prime Minister Victor Ponta said: “We’ve basically lost the agreement with the IMF and the EC ” .

Ponta said that Romania loses 150 million lei per month due to President Traian Băsescu refusal to sign the memorandum with the IMF, the money representing also the 10% extra for EU co-financing.

“The only direct effect is the loss of the sums that we have bring in as collateral, of 10% plus to those that we receive from EU financing. Basically, it’s about 1.7 billion lei per year, so 150 million lei per month, or  30-35 million euro lost each month from the European Commission, because instead of 95% co-financing, we receive only 85% . So, if you will, the first calculation of the anger of the President – 150 million lei a month that we lose from the European Commission,” said Ponta.

previousEU refineries must invest billions of euro to change production mix
nextOltchim to be sold for a minimum of 160 million euro, employees still on strike