Acasă » Thermo » Cogeneration » Bankwatch: Romania may still have a coal-fired capacity of 2,100 MW in 2030 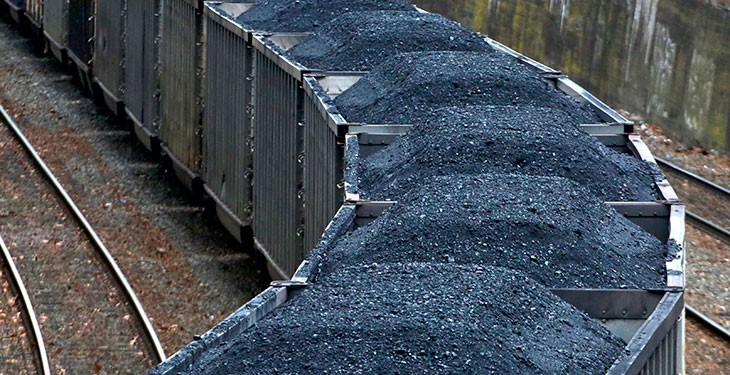 In 2020, the installed capacity of coal in the Romanian energy system reached 4,590 MW in eight thermal power plants, and produced approximately 17% of the electricity used nationally, according to a new Bankwatch report. The trajectory of coal-fired power continues to decline until 2026, after which it stagnates. In 2021, a capacity of 1,695 MW entered the closure process, at the Mintia thermal power plant (Hunedoara Energy Complex) – the most polluting, for which Romania received an infringement four years in a row – and one unit from the Ișalnița and Turceni thermal power plants (Oltenia Energy Complex).

However, according to the association’s calculations resulting from the analysis of official documents and authorities’ statements, Romania will have an installed capacity of 2,100 MW in 2030, or 1,650 MW if more coal units are replaced with fossil gas, as stated several times by the Minister of Energy, but also by local authorities.

“The uncertainty created around the elimination of coal by postponing firm political decisions only delays the planning of their replacement with clean energy sources and the necessary programs to reduce the social impact in coal areas. Although the Government has set the date for the elimination of coal, we still do not know what will happen to some of the units, as mentions of them can be found only in political statements, not in official documents,” said Ioana Ciută, president of Bankwatch Romania.

The environmental impact of coal

From 17 August 2021, industrial combustion plants will be required to comply with new emission standards adopted by the European Commission through the Industrial Emissions Directive. The report “Coal in Romania” states that no coal-fired power plant falls within the new limits, according to data from 2019.

However, during 2020 and 2021 the Oltenia Energy Complex announced modernizations of functional facilities. The Paroșeni thermal power plant of the Hunedoara Energy Complex will also be compliant, and works on a desulphurization plant started in 2018. In more difficult situations are IMA2 from CET Govora and K1 from CET Iași II for which no modernizations have been made. CET Govora had planned installations for the reduction of sulfur dioxide, nitrogen oxides, but did not carry them out due to lack of funds and the installation operates without an integrated environmental permit. The situation of CET Iași is uncertain, the thermal power plant is to be taken over by the local authorities, but for the problem-installation there is no plan for public compliance.

Substances such as sulfur dioxide, nitrogen oxides and fine dust particles are associated with a number of environmental and health problems, including the occurrence of acid rain or the increased incidence of asthma and bronchitis. Coal-fired power plants in Romania cause around 500 premature deaths annually and over 11,000 cases of respiratory diseases (according to a 2016 model).

In addition, they also emit an impressive amount of carbon dioxide, the main greenhouse gas. In total, in 2019 coal-fired power plants emitted over 13 million tons of CO2, 35% of emissions from all industrial producers, for which more than 300 million euro have been paid, mostly from public funds.

The use of coal for energy and mining for the extraction of this fuel affects the soil, water and involves the destruction of huge areas of land by deforestation and expropriation. Out of the 10 quarries it owns, the Oltenia Energy Complex obtained extension approvals for eight, during 2015-2020. Many of them face legal problems, the cumulative environmental impact of the quarries has not been assessed, although they are close to each other and protected natural sites. In addition, the expansions involve the deforestation of over 1,500 hectares and the expropriation of 273 households with insignificant compensation, sometimes with the relocation of entire villages.

During the expansions and excavations, it happened that the inhabitants of the neighboring villages were left without drinking water.

“It is important to know all these aspects of the negative environmental impact, in order to be able to remedy them in the process of coal phase-out. Over time, Romanian coal producers have violated the right to a healthy environment guaranteed to the population by the Constitution, with the complicity of the authorities. Degraded lands must be greened and returned to the economic circuit, and people must be compensated for the problems created,” said Cătălina Rădulescu, environmental lawyer and founding member of Bankwatch Romania.