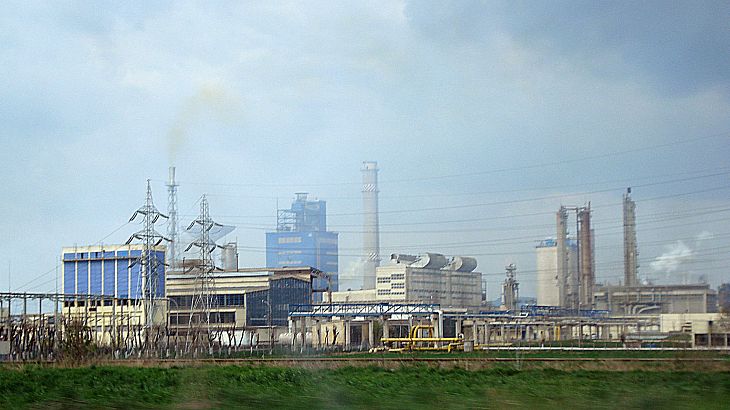 Azomureş General Manager,Mihai Aniței, says that it is necessary for the Government to intervene indirectly to subsidize major gas consumers, otherwise they would have to shut down production. The situation is downright dramatic in Azomureş, and its director says that “if the government does not clarify the situation, we have to close the fertilizer plant in two weeks and cancel all investments since we are no longer sustainable.”

Mihai Aniței stressed that there isn’t a reference gas price for a free market or its mechanisms, and large gas consumers have no negotiating chip with the gas producer. Regarding the price, general manager of Romgaz, one of the two major producers of Romania, said that the price below which cannot lower the gas – 72 RON – was established by the Government as a reference only for reasons of taxation, not because there would be the free market level.

According to MihaiAniţei, from January 1st, 2013, when it began the gas price liberalization, the purchasing gas price for Azomureş increased by 47%, and from April it will go up by another 25%. Moreover, domestic gas production is controlled by only two companies (OMV Petrom and Romgaz), and there is only one external supplier, Gazprom, so the choices are very limited. Azomureş closure will entail increasing fertilizer prices, says Mihai Aniţei.

He added that the Government has proposed granting tax breaks to large industrial consumers of methane gas, modeled from European examples, and the Government should obtain the consent of the European Commission in this regard, “if it still wants to have an industry”.

Azomureș’s trade unionists claimed that the new gas  price imposed by producers will lead to the closure of production and technical unemployment of about 3,500 employees, of which 2,000 are employed by plant and 1,500 by outsourcing firms. Meanwhile, prime Minister Victor Ponta says that the gas market is only a nice idea in Romania, since we have two producers that control the domestic production.

“Romania had the courage to start what it is a real structural reform in energy. Obviously, the dangers are very high, because, on the one hand, a free energy market, as in the case of electricity, led to a fall in prices and better services, but also with negative implications, and another market, which in these days we are trying to make it as free as possible, the gas market, shows that not always what we aim to achieve is within reach. The idea of free market and competition is an ideal, but, for example, we have only two gas producers – it’s hard to keep, in fact, a balance when you have only two players”, said Victor Ponta.

previousChirițoiu: Extending duty recovery, economically motivated; must be determined who pays the green certificates exemption
nextUSA predicts the removal of net imports of oil in 2037