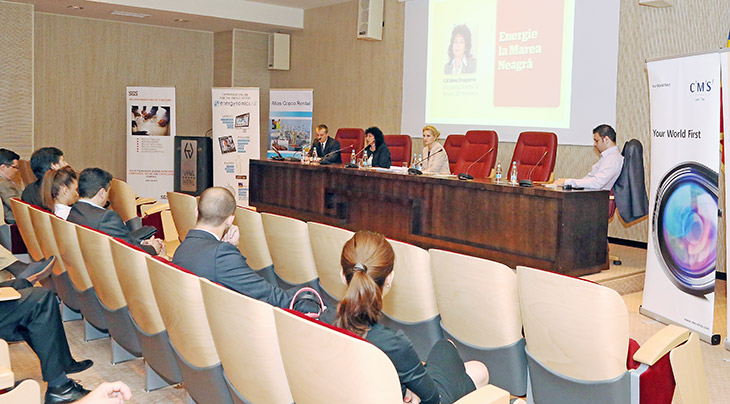 Just a few years after it had started on the national market, renewable energy is forced to pass a ritual of maturity. Abrupt withdrawal of support from the authorities obliges producers of energy from wind and solar resources to adapt during the game, with sufferings, costs and considerable risks.

The situation could not be more different today compared to the last 5 years, believes Cătălina Dragomir, Managing Director at Vestas CEU Romania. The market was built through legal concept that has driven investment in Dobrogea, says the local leader of Vestas, which is still working on installation of wind turbines in the area for parks that will be put into use this year. Until now, over 80% of more than 1,000 MW Vestas installed in Romania, are in Dobrogea, says Cătălina Dragomir. 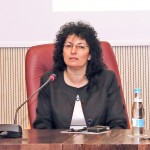 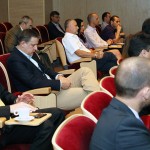 The rapid development of renewable sector has not only brought trouble to the National Power Sector (SEN), because of intermittence production. According to the local director of Vestas, an investor had to complete construction of the park with works to strengthen the transmission network, and to build stations and substations. In addition, as revealed in discussions, Transelectrica has the ability to block access to the network for the producer on the basis of network injection computations, and a wind farm can only work partially, if needed.

According to Cătălina Dragomir, market structure started from major utility companies, pushed by the lure of creating an energy mix to grant them competitive advantages against a producer based on a single resource. Now, the potential for new productive activities is reduced, but Romania is already exporting renewable expertise in technical, legal and financial issues. Moldova and Ukraine are potential targets for companies that have fewer opportunities for development in the country.

To the renewable industry, maturing means extra emphasis placed on service activities, designed to increase performance in the production, maintenance, monitoring and distribution of electricity. It is also the area where demand remains high, and competition will increase, anticipate many of the professionals who participated in the Energy Breakfast Club – Energy at the Black Sea. 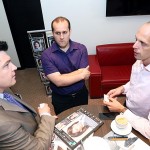 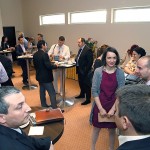 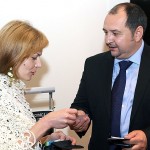 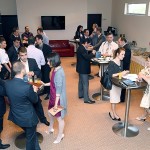 Varinia Radu, partner in the global team of CMS Cameron McKenna dedicated to global energy industry, has proposed a review of the oil and gas industry in the Romanian offshore. Having 10 active licenses and 13 companies involved in exploration operations, the Romanian sector of the Black Sea continental shelf currently enjoying considerable interest.

In the coming months, four exploratory wells will be drilled in four concession perimeters. NARM announced that it is preparing to launch the 11th bidding round for more than 30 blocks, of which eight are located in the Exclusive Economic Zone of Romania on the Black Sea. One of the arguments that encourage such investment is about liberalization of natural gas prices and the steps taken by Romania to establish a natural gas trading market.

In the absence of administrative interventions, companies can rely on economic calculations to estimate recovery prospects of investments. În addition, the geopolitical context has shifted sharply the political attention and support towards exploration and production projects in the Black Sea.

Marius Cristescu, Rental Manager for Romania, Bulgaria and Serbia, presented some Atlas Copco solutions for the offshore industry: Compressed Air and OEM solutions, portable generators, submersible pumps etc. Atlas Copco is the global market leader in the rental of equipment for the energy, mining and drilling.

Energy Breakfast Club is a 2-3 hours meeting between energy specialists that want to be updated with the latest information and the most influential views on one hot topic. As a host, starting at 09:00, energynomics.ro provides the moderator and the coffee, proposes the theme and launches invitations to speakers.

These are selected from people that know the topic best and are responsible for organizing ideas and intellectual challenges. Presentations do not exceed 45 minutes and are intended to be starting points for dynamic exchange of ideas and perspectives. The club closes at 12:00.

Access to Energy Breakfast Club is open to all professionals in the Romanian energy industry and related sectors, based on a custom invitation launched by energynomics.ro. You can write us at office@energynomics.ro to request an invitation or propose a theme!